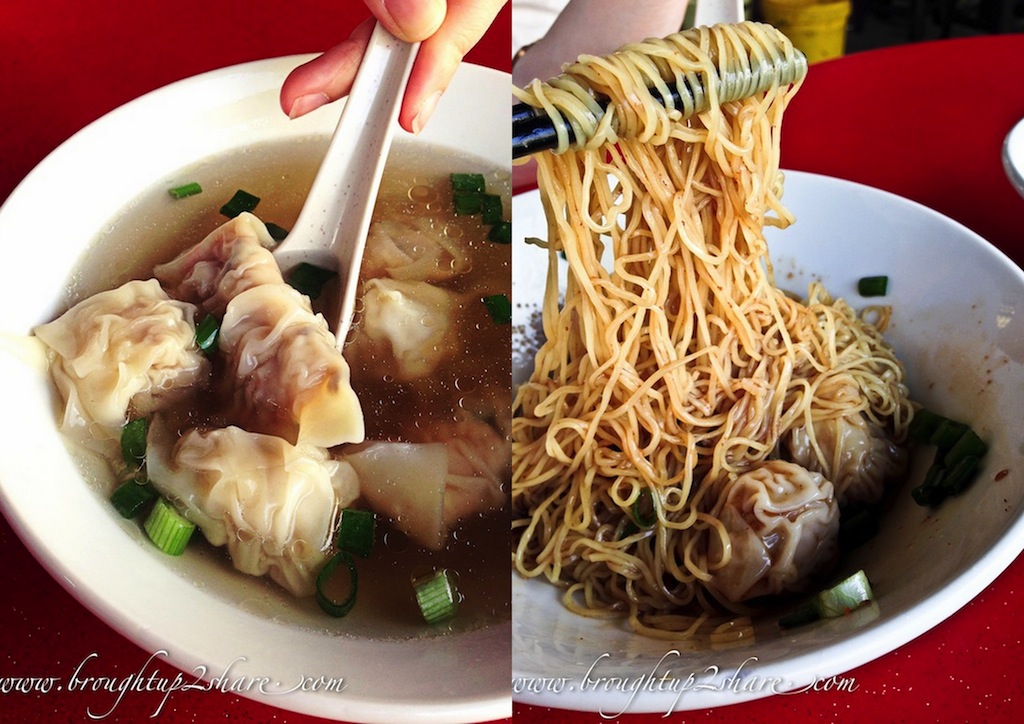 **Photos below were taken with iPhone 5

A recent visit to Happy Garden a.k.a Taman Gembira near OUG was planned to check out a stall that has its name captivated us as we passed by the Jalan Lazat road earlier. In case you do not know how to read, the direct translation would be Fai Kee Bamboo Wanton Noodles. However, you wouldn’t be able to spot the name “Fai Kee”, as it’s written solely in Chinese, including the menu at their stall. Thank god I have Chris LOL.
If you’ve been to Happy Garden, you would have heard of Jalan Lazat, also well known as their “Wai Sik Gai”, lined up with different choices of food on their row of shops along it and also the extended stalls opposite them. This is where Fai Kee Bamboo Wanton Noodles 辉记港式竹升面 are stationed. Opened around May last year, this little stall have drew many local crowds over, leaving the nearby Meng Kee Char Siew / Wanton Noodle shop behind we both agreed. Fai Kee have set a way higher par for the earlier competitor around, we personally thought so 🙂 Bamboo noodles. Literally a direct translation from Chinese 港式 that reads “Jook-sing” noodles that is traditionally made with duck egg. Historically, the chef would ride on a bamboo log to press the eggs, flour, and other ingredients together, kneading the dough, creating the very fine and wirey noodles that were then cooked perfectly to a bouncy texture.
Thus at Fai Kee, you’ll find one of the best bowl of Bamboo wanton noodles that has the tooth-y springy bite! 香港虾子面 Hong Kong Prawn Roe Noodles – RM6
Because Hong Kong/ Macau is very famous for Prawn Roe Noodles, thus the name 🙂
This version at Fai Kee is has more ‘slurps’ texture compared to the ones at HK/ Macau as they added some gravy to blend with it, and not just toss em’ with prawn roe alone which would be kinda dry. Love the little bite-y texture from the prawn roe. Well, not to mention the ever-so-springy bamboo noodles again 🙂 Wanton & Dumplings
Another must try besides their noodles are their signature wantons & “sui gao”. Generously filled with pork & prawns with the right amount of seasonings. Yummy! We often frequent this street for their famous Phang Kee Dim Sum, but now, we have another reason for revisits! Even better than Nippy Noodle Restaurant at Kuchai Entrepreneurs Park nearby 🙂 We felt so 🙂