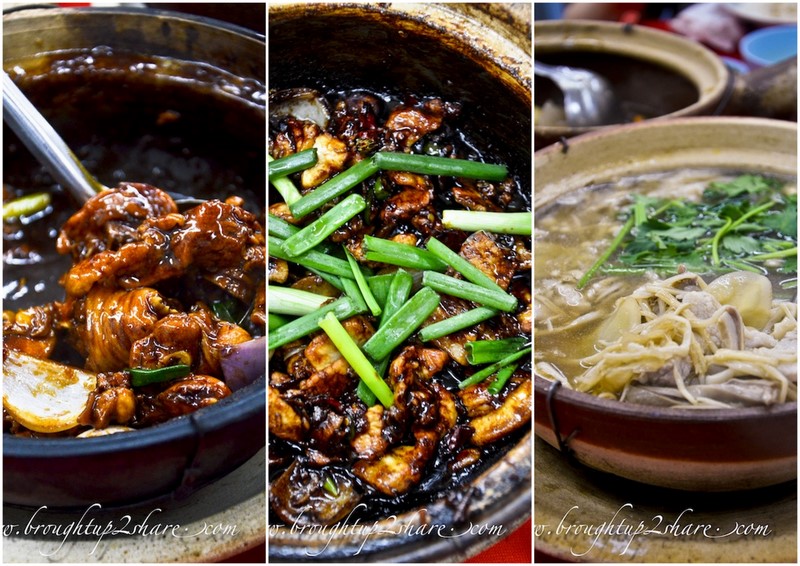 If Satays are all you can think of when one mentioned Kajang, then it’s a old fashioned thought.
Hot Soup 辣汤 would be another hot hunt if you’re around Kajang for some good treats.
Restoran Kee V (卫记辣汤之家) is one of the recommended place to be. Though we’re still a big fan of Siaw Kah’s Hot Soup (which is also nestled in Kajang), we would sometime bring friends here for a change 🙂 Especially for the Spicy Meat & Spring Roll. Almost a decade of establishment, Kee V Hot Soup has 3 branches around Kajang. Their menu offer a variety of appetizing dishes including some of the famous tasty fare like the Claypot Chicken with Wine, Spicy Meat & Meat with Salted Fish. The place would be flooded by people during dinner and especially weekends.

Nothing beats garlic with dark sauce *hold your breathe!* Appetizer: Spring Roll
One of the must-order here. Do you know that Kajang is also one of the place that was famous for Spring Roll? Not many would know including myself *smacks head*
The crispy outer layer was not too oily and the filling was not too meaty and very fragrant. Hot Soup (辣汤) – RM10/ pax
Additional of Enoki mushrooms was at RM2. The hot soup was well infused with the peppery taste without being too spicy. The addition of chicken and pork adds the sweeter taste to it. Spicy Meat (火爆肉) – RM10/ pax
A must order whenever we dine in, let’s bathe with sweat during the meal; especially while sipping your hot soup. This dish is kicking-ly tasty. The pork was also well distributed with lean & fat. Sizzling with spiciness, this goes pretty well with your rice. Chicken with Wine (花雕鸡)- RM10/ pax
Very tasty but still not the best we had comparing it to Siaw Kah’s version: Infusion of the chinese wine that blended well with the sticky dark sauce, the meat was just right too.