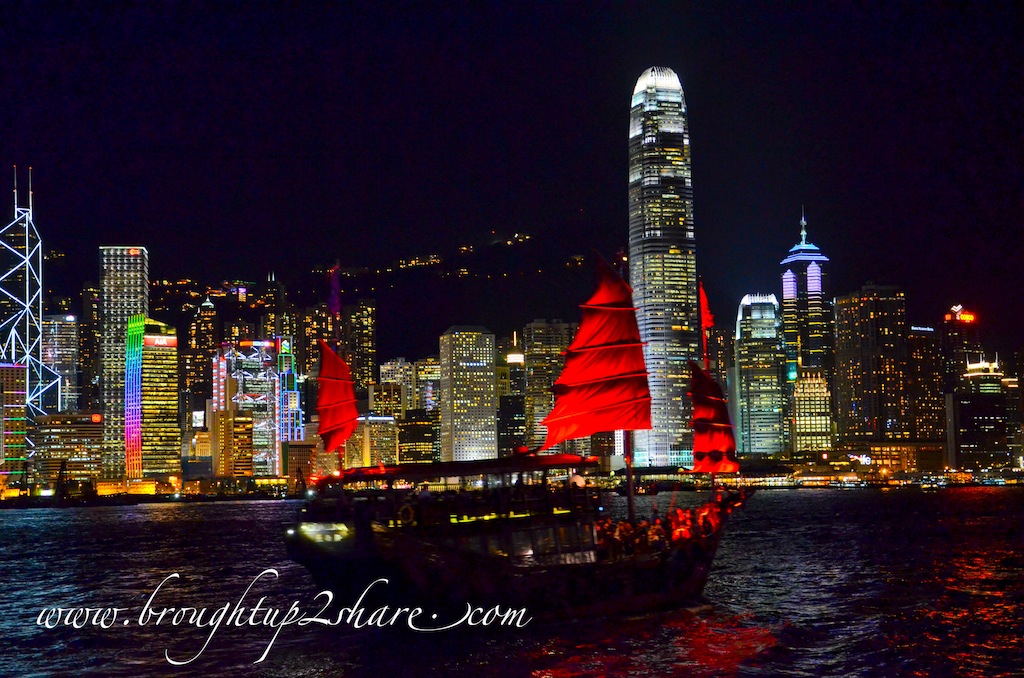 Looking back at the picture would result a sudden urge in us to look up on the hong kong flights again!
We’re sorry for dragging our Hong Kong posts for so long due to many other delicious distractions and upcoming once-in-a-lifetime event coming so soon!

Well, moving back to our itinerary in Hong Kong, what would be best to have when we were so tired travelling back from Macau?
“I want rice!” exclaimed Chris. Having heard so much about the famous Claypot Rice nestled at Yau Ma Tei 油麻地, Hong Kong, we traveled to this area and reached pretty early. Walk out from Exit C of Yaumatei MTR (Kwun Tong Line), you will find lots of Claypot Rice’s stalls behind the alley. And we spotted Four Season 四季煲仔飯 rather quickly.
Not doing enough homework before this, we just walked into the old fashioned restaurant and got chased out because they are not open till 6pm apparently. Oops, my bad. The owner then told us to come back at 5pm. We were back at Four Season at 5pm 🙂 Thus, you see no queue and it’s empty! A rare situation many would say as it’s usually very packed, with long queue. Not long after that, customers started pouring in. When we wanna order drinks, we were told to get it from the nearby convenient store. And Chris got ourselves these 🙂 Claypot Beef Rice – HKD20
It took a while for our pot to arrive. Customers started pouring in and rows of claypot rice were cooked over charcoal flames. Lift the lid up and be prepared to be mesmerize by the aroma of the freshly cooked rice with beef slices. Next break in the raw egg to stir in the extra smoothness of the overall texture. Not a big fan of beef? Fret not, as they have other choices like chicken, preserved sausages etc. It differs from our usual Malaysian Claypot Rice as ours is well-flavoured without adding any additional sauces ourselves. But in Hong Kong, they believe in originality of the taste and thus, you could dash in some dark & soy sauce yourself if you prefer a tastier version. What’s your preference? A visit to 1881 Heritage will transport you to Victorian-era Hong Kong. Several buildings and artefacts of historical interest have been preserved and restored, and the site now features a shopping mall, a heritage hotel, and an exhibition hall. Stop by for some pictures and shopping perhaps?
How to get here:
MTR Tsim Sha Tsui Station Exit E, walk towards Salisbury Road, turn right, take subway (pedestrian tunnel) next to YMCA to 1881 Heritage. We’re pretty sure most of you would already know about “A Symphony of Lights”, the nightly multimedia show that involves more than 40 buildings on both sides of the harbour: Victoria Harbour & on the Kowloon side. It is also named as the ‘World’s Largest Permanent Light and Sound Show’ by Guinness World Records, coloured lights, laser beams and searchlights performing in accordance with music and narration. Starting at 8pm every night 🙂
How to get here: