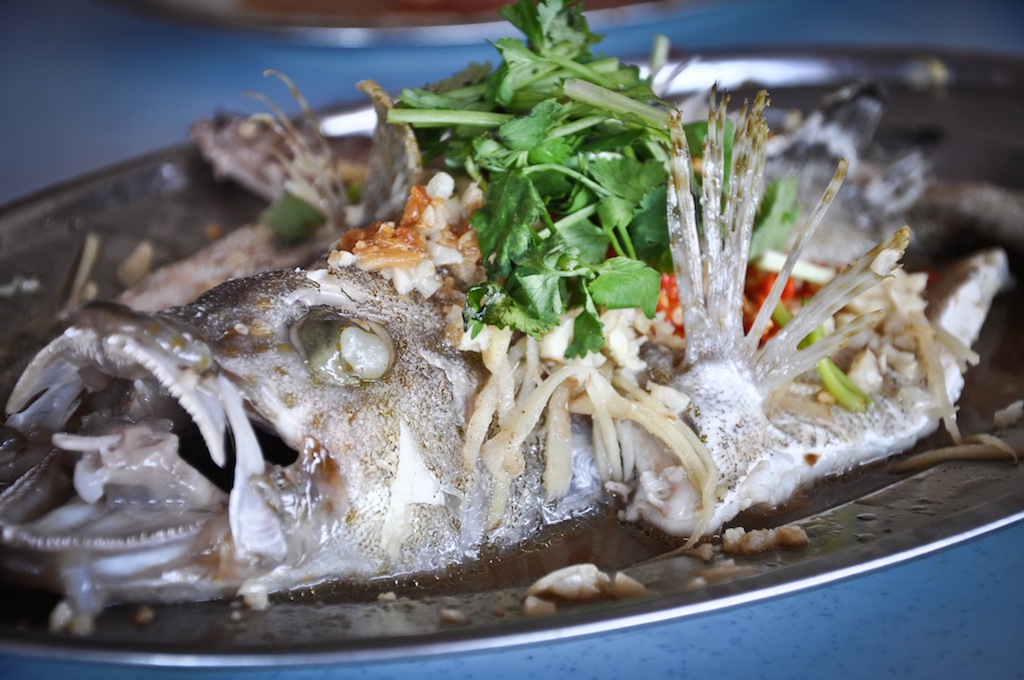 When the topic starts about seafood, some would be bragging about those restaurants with huge tanks displayed, and we would tend to boast how fresh they were and the damage it did to us in the end. Like what we had experienced in Fresh Unique Seafood 23. When we had better ones in Klang, Lala Chong, Hau Kee Cheras or even Fook Hin @ Seri Kembangan, we were even more excited as we’ve found good seafood at a cheaper rate. Somehow….

We frequent these joints until recently when Chris’s brother told us about how cheap and fresh the seafood he had at a market near Cheras. We were excited but eventually forgot to go dig this place up. Friends updated us that they have moved and convinced us to try again. Try not to be skeptical towards this place as you’ll be amazed for sure.
When asked what’s the name of the place, many would say:

Han Lim Seafood Restaurant 翰林海鲜饭店 to be precise, provides fresh seafood from the local waters. Previously, they were located at the Taman Midah Market. At their new outlet here, they provide more seats and more comfortable to dine in. We were there early on a weekday and it’s a wise move to do so, as the crowd would be pouring in as it gets late.

Chris went to their kitchen area and chose us some seafoods for these dishes:
Pictures credits to AiWei from http://www.ivyaiwei.com/

Blanched Squids 白炔苏东 – RM 14 for 400g
Note: A must order & highly recommended as this is one of their signature dishes.
We just love the simplicity of this dish. Minimal yet providing the maximum flavours & texture. The fresh squids were just blanched in hot boiling water and drenched with some soy sauce, fried garlic and topped with chopped parsley, resulting a crunchy, chewy texture. I’ve read reviews where people gave 3 thumbs up 😛 Steamed prawns with egg whites 蛋白蒸虾 – RM 23 for 300g
Huge and fresh water prawns are best steamed for the best original taste. With egg whites, the prawn essence blended in so well with the eggs making every spoonful a tasty one. Am I boasting too much? haha. But it’s the truth 🙂 We polished the plate clean. Steam Garoupa (Grouper) 清蒸石斑鱼 – RM 30 for 600g
Once again, fresh fish that was steamed non-fancily; our favourite steam would be with just soy sauce, ginger, garlic and of course cili padi to give the extra kick! Only about RM80 for 3 pax for a course of seafood feast?
They’ve won the contenders listed above we would say!