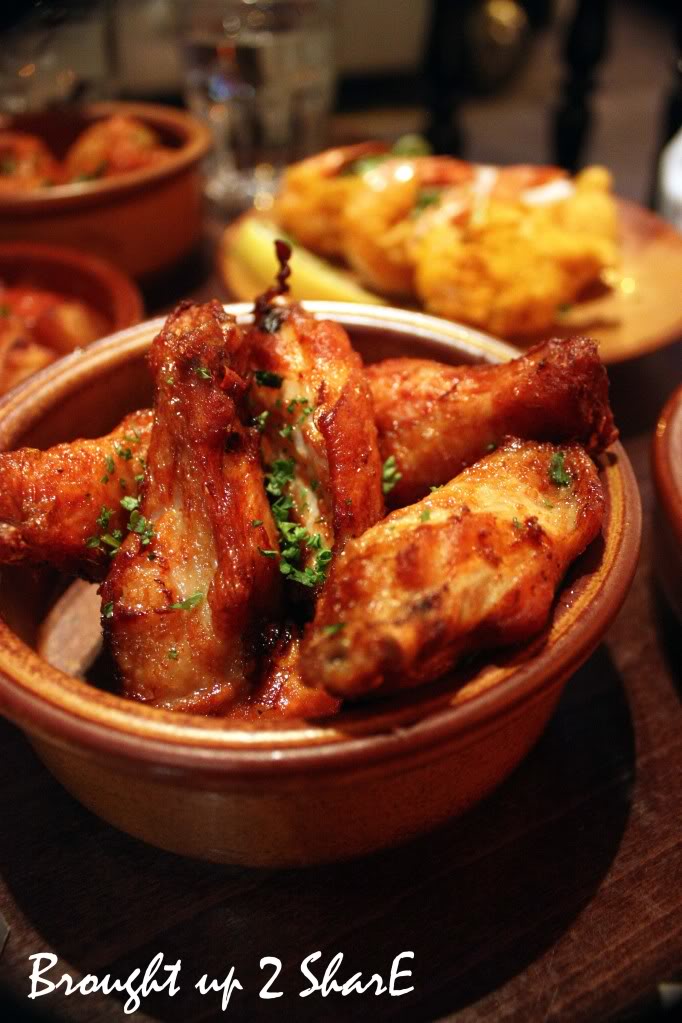 Savouring different types of cuisine is an ideal action to pursue.
From Scottish, Turkish, Chinese, Japanese to multiple types fares we’ve feasted our hunger on, exploring the vast field of gastronomy is one mission we love to undertake.
Spanish food is one of them.

Yes, we are first-timers at La Tasca, a Spanish Tapas restaurant and bar.
Finally we decided to turn our appetite to some tasty and fragrant Spanish tapas that emphasized their taste more on hints of saltiness and spiciness rather than dishes with sugary sensations.
Tapas are small Spanish savoury dishes served from selections of meat, seafood to vegetables. I took note on the word SMALL… but a variety of small dishes can load my tummy.

Moving first to the environment:
Most restaurants in Glasgow are relatively dark. End of story.
For La Tasca, it was dimly lit, with candles & ‘very yellow’ lightings. Adding to the yellow factor, orange walls… Bad for photography.

Btw, we’re entitled for a 50% off the food bill with their promotion voucher! Good deal eh?

Being a newbie to tapas, we decided to go for their Chef’s Selection of Tapas at £26.95 for 2 people. The portion is really stodgy and can accommodate our appetite really well. (After discount: £13.47)

Paella Valenciana – A Valencian style paella, with chicken and mixed seafood
We love this to bits. Flavoursome and I haven’t got enough of it as its portion was kinda mini. But we still consider the portion OK considering many other small dishes served. Too much of it would be uninteresting.

Alitas de Pollo – Marinated Chicken Wings
Not sure whether it was fried or grilled but they were tasty.

Berenjenas Gratinadas – Fresh aubergine topped with cheese and tomatoes
Aubergine is a purple egg-shaped fruit of a tropical plant resembling brinjals. Mistaken them as brinjals ;P

Licores de Frutas – A Liqueur for £2.85
Went for peach flavor and it tasted like Absolute…
We just need a drink in an environment like that. Haha..

Desserts, desserts! How could we forego?
Had an initial thought of ordering their chocolate fondue but we’re too full for that.
Instead, a simple order of Helado con Chocolate y Almendras – Organic vanilla ice cream served with Spanish chocolate and almonds gave some sweet endings to our dinner. Priced at £3.65 (discounted price: £1.82)
I just love simple vanilla semi-soft frozen dessert made with sweetened and flavoured milk fat.