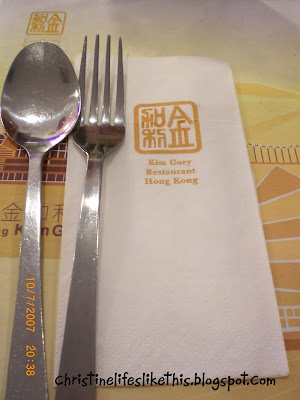 After our visit to Red Box & Pyramid Ice on tuesday, we voted ‘hungrily’ on “where to eat??” This is a question that we’ll be fussed about when hanging out. Sometimes it’s just so difficult to make up our mind. Finally, Khei Chong suggested that we’ll have our dinner at Kim Gary. Ok.. no one objected. Especially me.. I’m way too hungry. I’ve only been to Kim Gary once before this at Sungei Wang Plaza. Didn’t have any idea that Sunway’s branch revealed an attracting interior design! Love the purple details.. lightings were pretty! This adds additional “flavour” to the picture that we took! I was busy taking pictures when they made their orders! Agree with AiWei! Our “hobbies” in this have been overwhelming nowadays! Right gal? Just can’t stop! 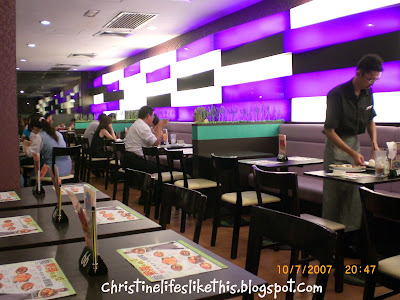 Wanna write on Lydia’s order first, as this definitely tempted me sooo much! Didn’t try but Lydia claimed it’s very nice! All her favourite seafoods were all in a set! that’s great… It’s called the Stoned Grilled Seafood Rice in Japanese Style, served with unagi, crab meat, octopus, fish ball roll, fried egg, kimchi, enoki mushroom and mangetouts peas! Lots right? At RM16.90, this set includes a soup and drink as well! Not bad at all! She opted for the Borsch soup. (tomato?) 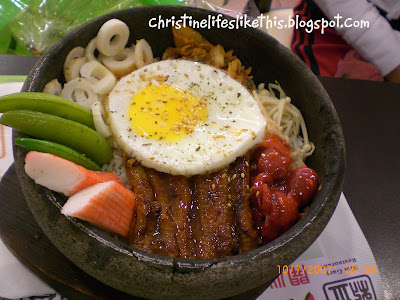 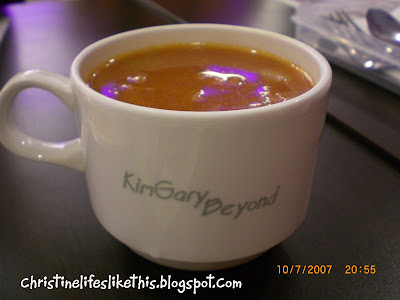 As for Chris, he had the French styled fried rice. This tasted absolutely fragrant! Only at RM8.50 🙂 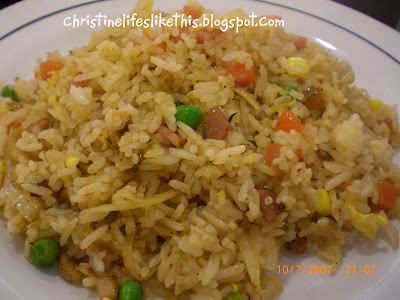 I had the Korean noodle with spicy diced & minced pork, priced at RM9.50. Looked like Maggi to me… love its taste though. Somewhat like the instant korean noodle that we could buy at supermarkets.. Didn’t care. Finished everything! *yum~the soup was spicy and hot! Appetizing!* a generous portion of noodles, but..still find this kinda expensive! 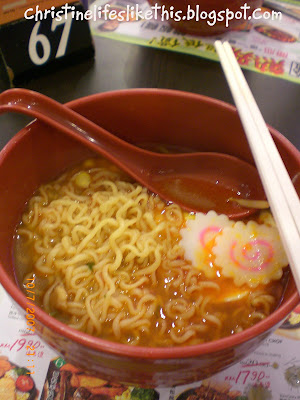 Carolyn had the same noodle as I did, only that hers is topped with eggs and ham. Also at RM9.50. 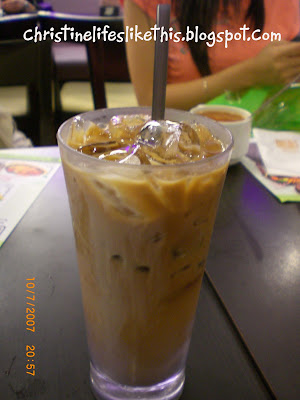 The “yin-yeong” that Chris and I had

My other guys friends were sitting at quite a distance from me, so I didn’t manage to take the pictures of their order. They quickly eat after the food is being served. Hungry! And I feel kinda bad to tell them to stop eating to let me ‘take pictures first!’ *haha* *paiseh-lah* So. I didn’t.. 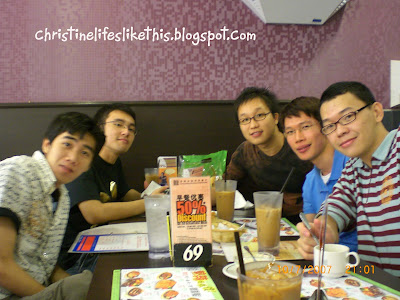 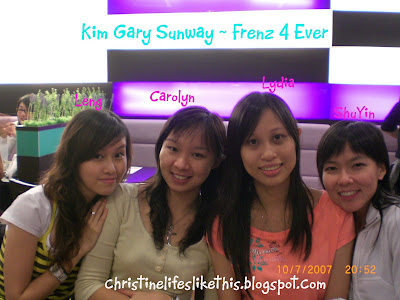 Kim Gary serve Hong Kong styled food but they do offer other foods like the Korean and Japanese dishes as well. e.g: noodles and rice. A little fusion… but a mainly HK style. 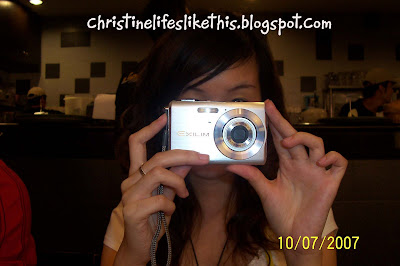 I’m so busy with my camera! haha..

Another nice dine in session with uni friends! Should have gatherings like this more often other than lectures, lectures and lectures everyday! Ha! Agree friends?