After several convincing statement from Lick, Chris and I decided hang out the other night to ‘yum cha‘ with our dear friend~. We went to one of the mamak in Serdang, located at Jalan Besar Serdang. This stall is only open during the night, in front of the tyre shop. Lick recommended it and insisted that the food there is absolutely superb and is always filled with lots of people around. Well…. I thought the food there was ok.. but I love the ‘Roti Salad‘ the most. Being introduced for the first time to such special delicacy, I feel kinda odd eating it initially. Eventually, once tasted, I loved it 😛 I’ve never heard of anything such as roti salad before until that night *smiles* 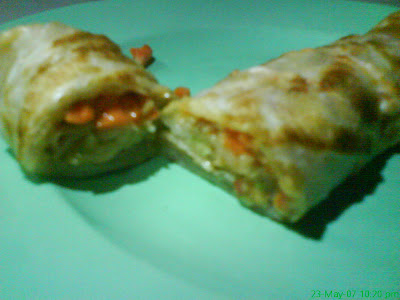 Another option for us was mutton curry. Filled with thick gravy, the meat was soft and tender *yeah it was* but I thought it was kinda spicy. Lick kept on mentioning about their curry ‘kaki ayam’ (chicken feet) but I still don’t crave for any chicken feet since I seldom have them….. (even since young) 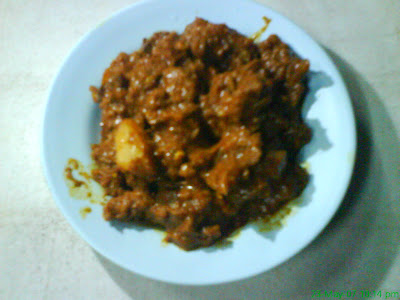 Another mamak visit~ it’s been quite a long time since I last went out ‘yum cha’ with friends. Khee called from India during that night. I missed her sooo much! Hope to see her real soon!

P/S: sorry for the quality of the pictures. taken in the dark~ lights contributed by Lick’s phone isn’t enough to boost its quality.

~I’m so gonna gain weight if I kept on having supper like this!!~
*laughs* but I’m happY!! haha! yohoho….