Great chefs have said, “It’s wrong to think of fjord trout as a replacement for salmon. It is a different fish in taste and texture and there’s plenty of scope for chefs to put both on the menu”.
Norwegian fjord trout is smaller than salmon with shorter fibers in the meat, resulting in a delicate fish with firm flesh. 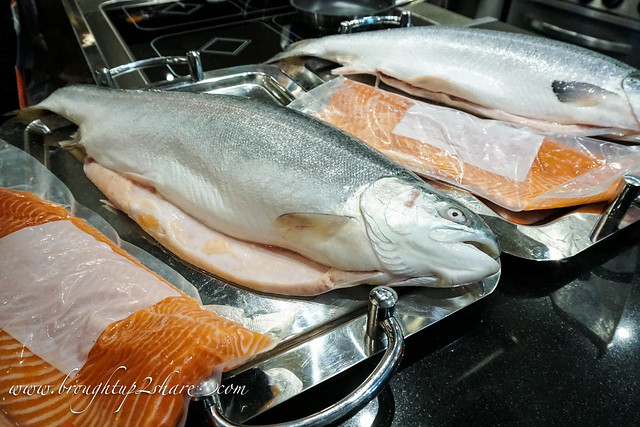 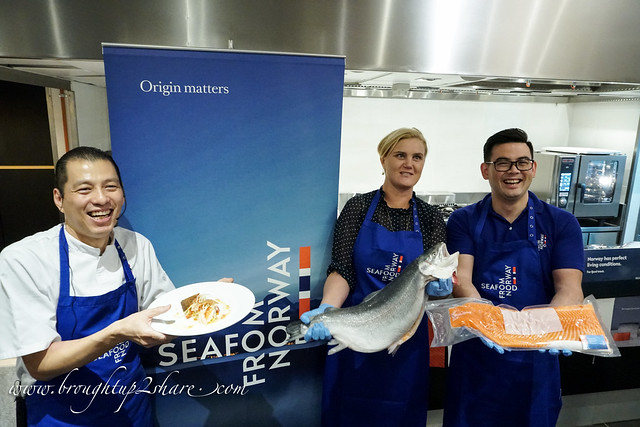 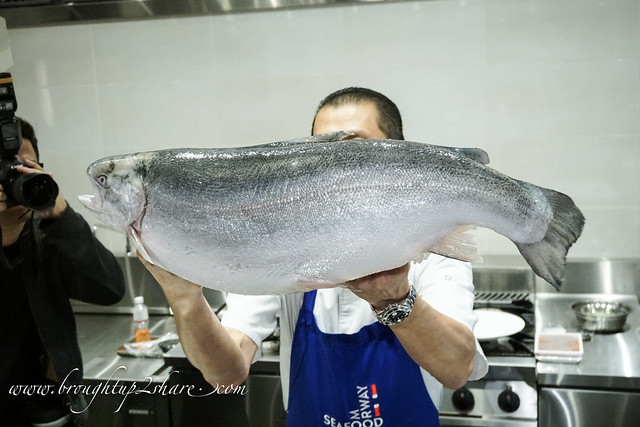 And Papa C had a mind opening session recently with Norwegian Ambassador Gunn Jorid Roset who conducted the “Cooking Norwegian Fjord Trout” Workshop. It was held at at KDU University College in Shah Alam.

The workshop began with a video presentation of where Norwegian Fjord Trout is farmed, by Jon Erik Stenslid, Director, Southeast Asia, Norwegian Seafood Council – presenting the perfect living conditions in the ocean for fjord trout. 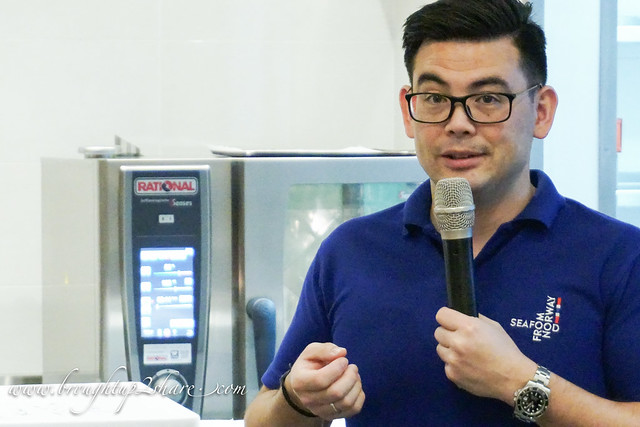 Her Excellency Gunn Jorid Roset, the Norwegian Ambassador to Malaysia, was present at the event organised by the Norwegian Seafood Council. She later donned an apron and joined the media in the hands-on cooking workshop led by Chef Jimmy Chok. The chef has worked with Norwegian seafood for the past 10 years! 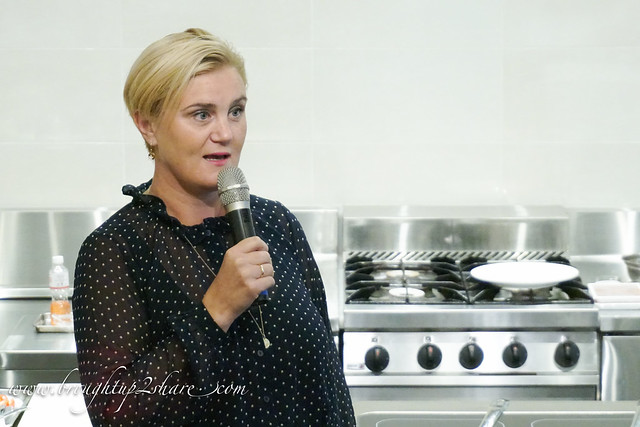 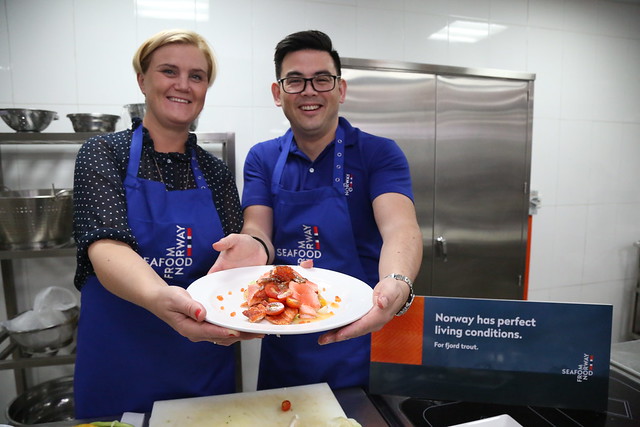 Over the past few years Norwegian Fjord Trout has become very popular in Malaysia due to its unique taste, health benefits and appealing red colour. But what really is a Norwegian Fjord Trout and what are the differences between this fjord trout and salmon? Chef Jimmy pointed out how the fjord trout head is rounder and that of the salmon is sharper, and the difference in colour between the two, the fjord trout being of a deep red-orange while that of the salmon a pink colour. 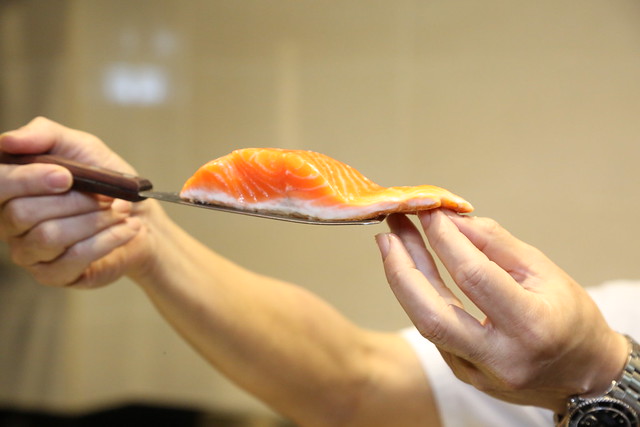 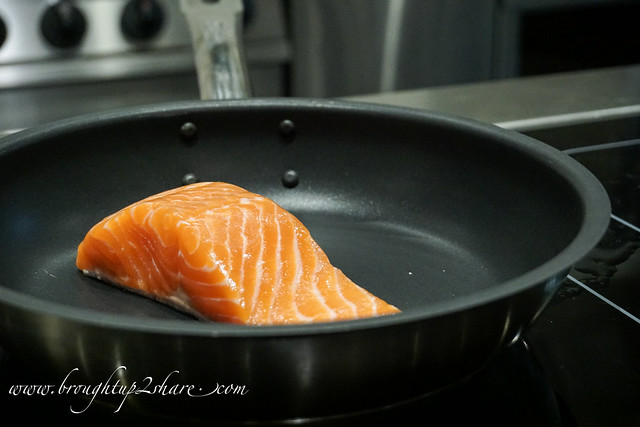 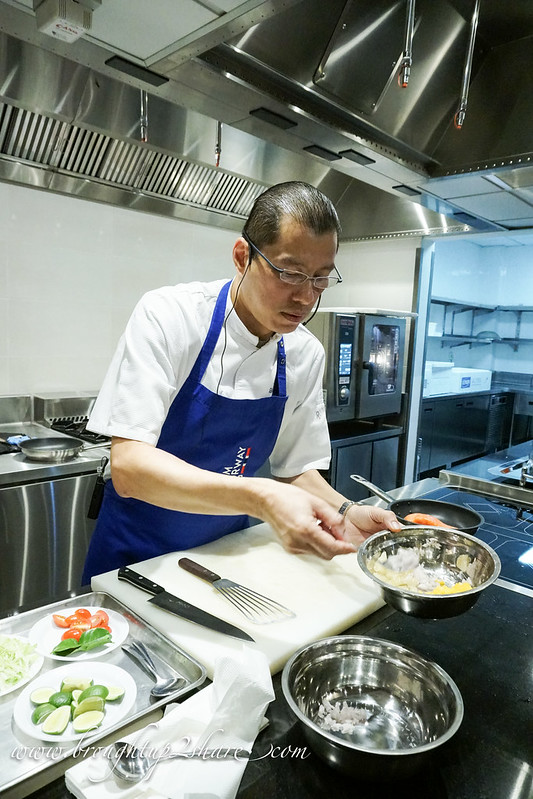 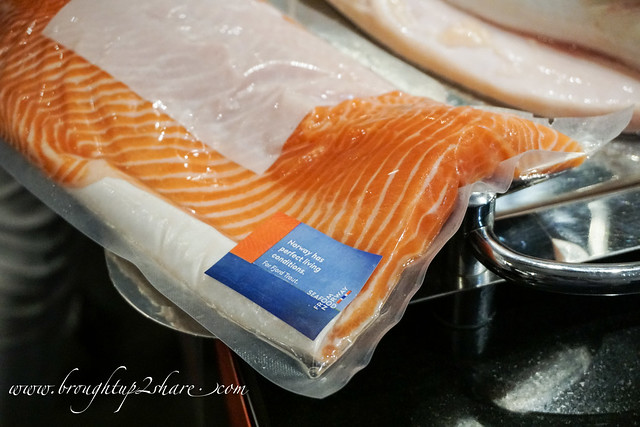 The fjord trout is generally a bit smaller than salmon. The skin of the fjord trout is similar to salmon, with a lustrous and silvery colour. Fjord trout meat with white marbling has a healthy sheen and is firm, yet tender and mellow. Also, fjord trout has a remarkably rich flavour with a pure aftertaste. 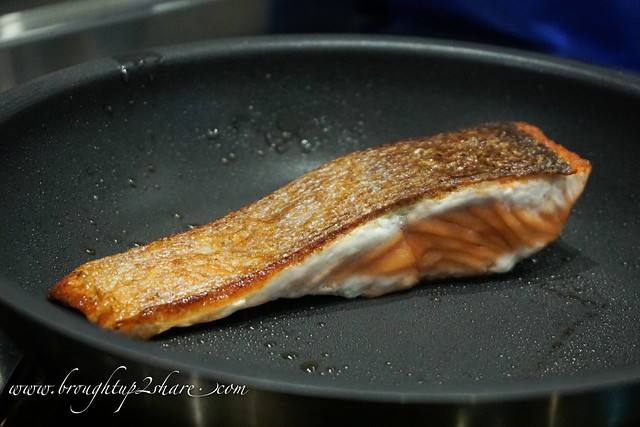 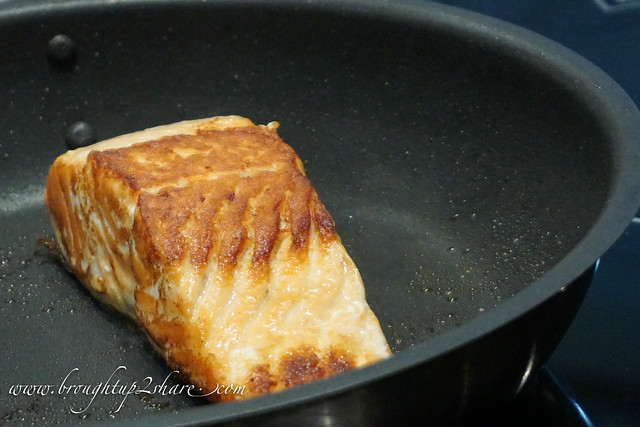 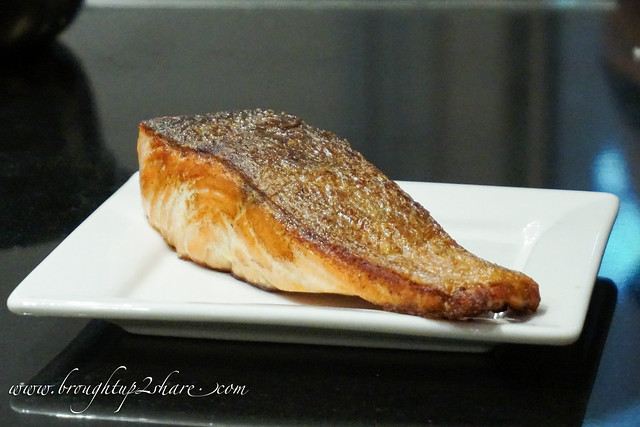 Chef Jimmy talked about the various ways to cook fjord trout and salmon, and how they work very well with sweet, sour and spicy, as in asam curry, masak lemak or steaming with soya sauce. Never overcook the fish, he said; half cooked is the best. He showed how to fry the trout, over medium heat, and served it with mango salsa. 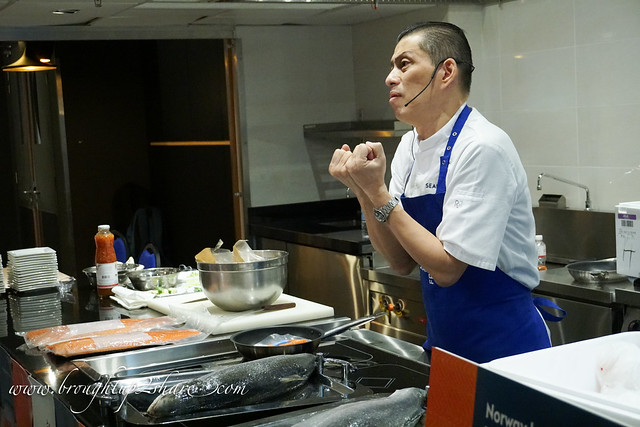 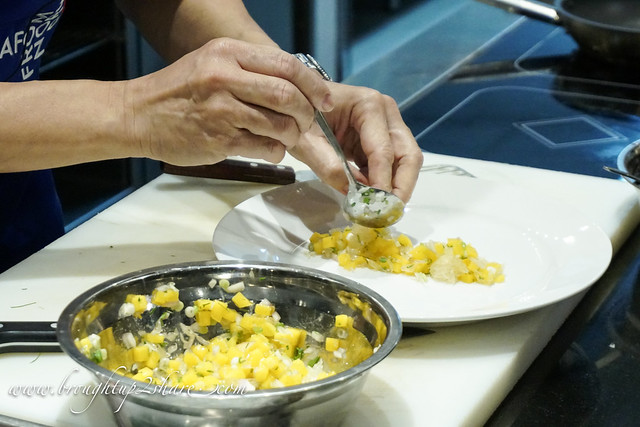 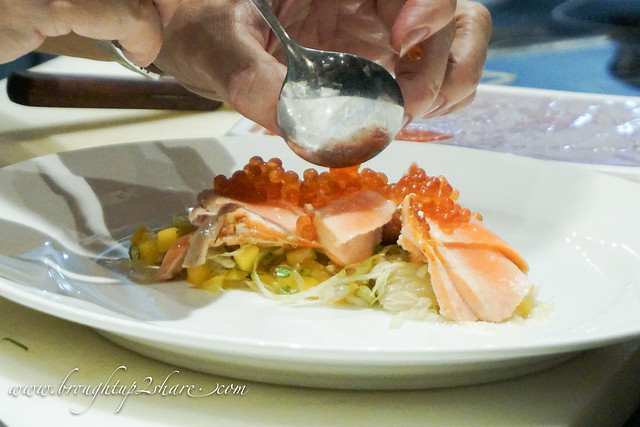 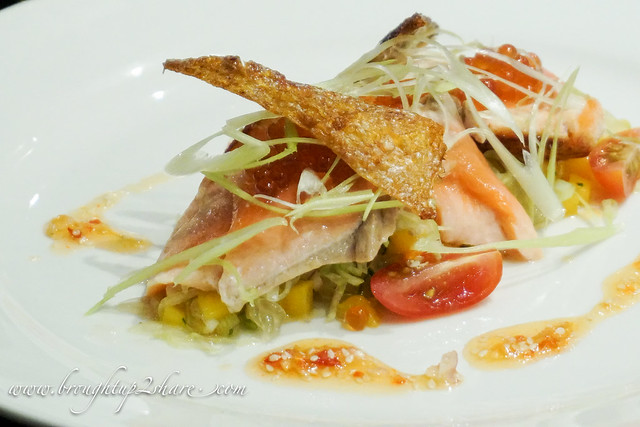 There was a tasting of fjord trout and salmon, sashimi style, as well as smoked. The aim was to show the difference in texture and flavour between the two. 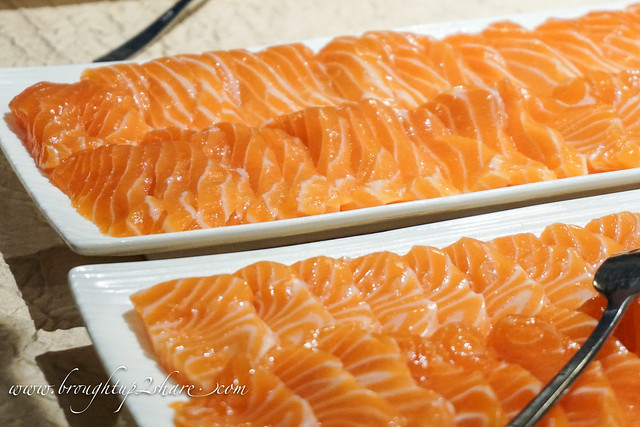 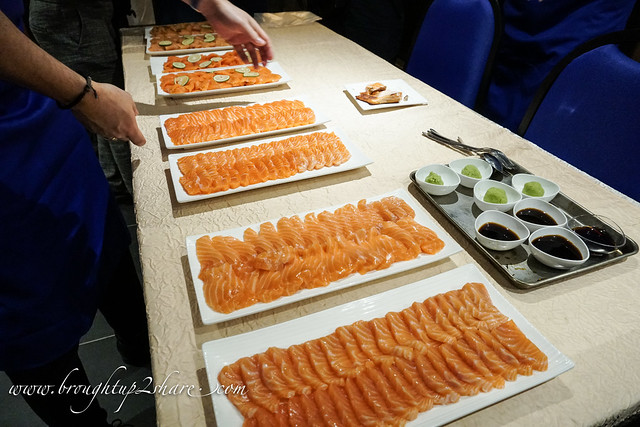 After a round of tasting, together with the ambassador, Chris adjourned to the kitchen for the full-on cooking session replicating the same dish which Chef Jimmy had demonstrated earlier. Papa C definitely mastered some cooking skills along and most importantly, the knowledge of differentiating and appreciating good ingredients, like the fjord trout. 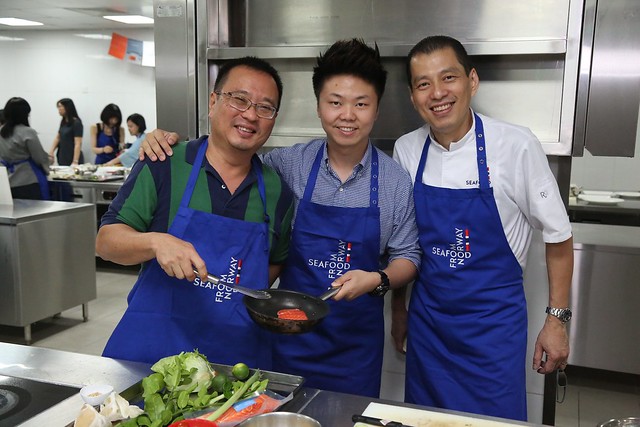 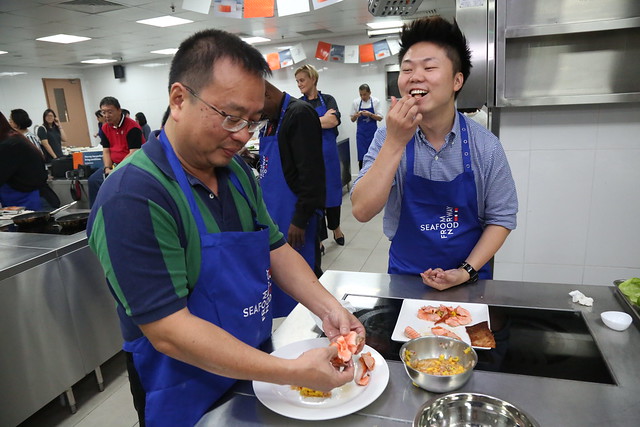 One more with Cheng Yi, the Ambassador & Jon Erik 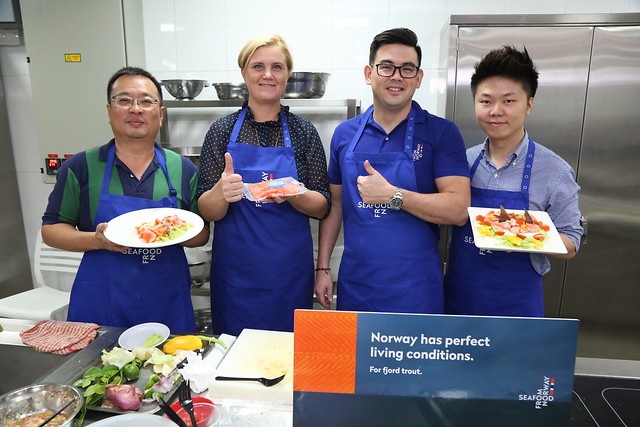 Trust the source. Norway is a world-renowned pioneer when it comes to modern trout and salmon farming. Generations of experience with harvesting from the sea, has given Norwegians unique knowledge in what it takes to manage these resources in the right way and deliver fish of the highest quality possible. 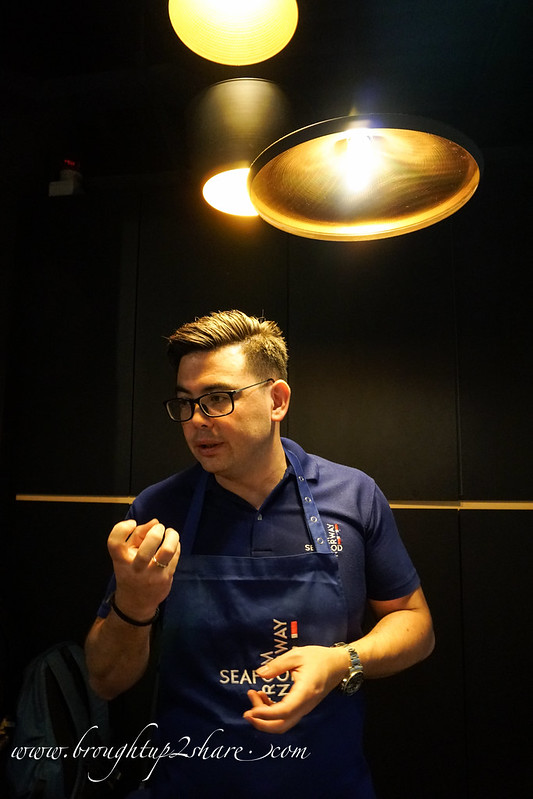