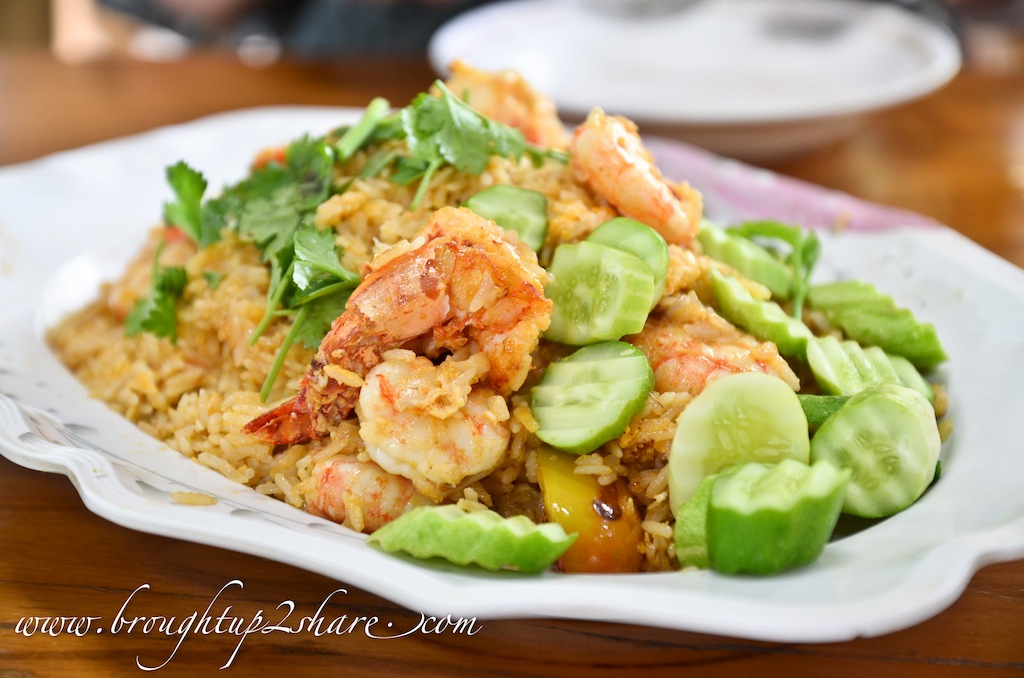 During our trip to Hua Hin, we managed to discover one of the most delicious meals we’ve had I would say. Cheap & darn tasty fresh seafood!
Other than Jek Be-Ak, we favourited Dang Seafood too!

Dang Seafood however, is located in another relatively small province namely Samut Songkhram a coastal province that’s about 75km south of Bangkok. If you’re travelling from Bangkok to Hua Hin or back, you will pass by the Samut Songkram province & most people called it Mae Klong, which is a river in the area that connects to the Gulf of Thailand, flowing through the province from north to south. Means? Very fresh seafood at a very reasonable price!

Dang seafood restaurant is very famous among the locals and their menu is all in Thai!
Yup, they handed us a menu that reads in Thai which we din’t have a clue on what to order initially. Another challenge was the folks there doesn’t really speak and understand English which make our ordering a big mess LOL. Luckily, our driver managed to translate for us and they finally handed us a menu with English wordings on it namely “MANU”

But… in funny English LOL! Still understandable lah……
So afraid that we’ll be eating “CARDS”! Actually they should be “CRABS” instead. And “worm shell” OMG! Hahaha…*Just for laughs* 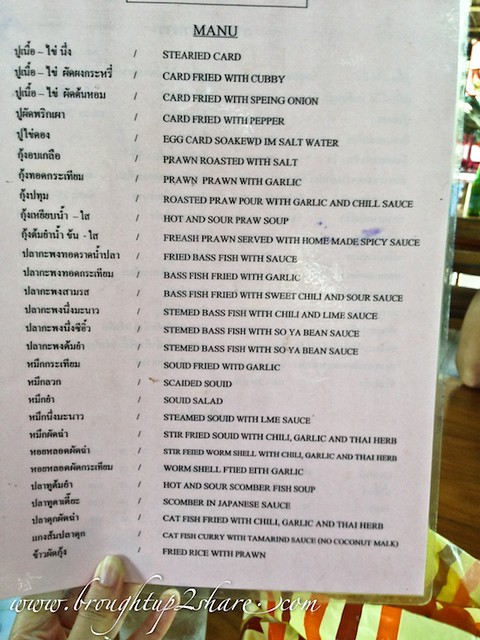 And as for ambiance, do not expect too much as it’s a bit run down, almost like a restaurant near the fishing village 🙂 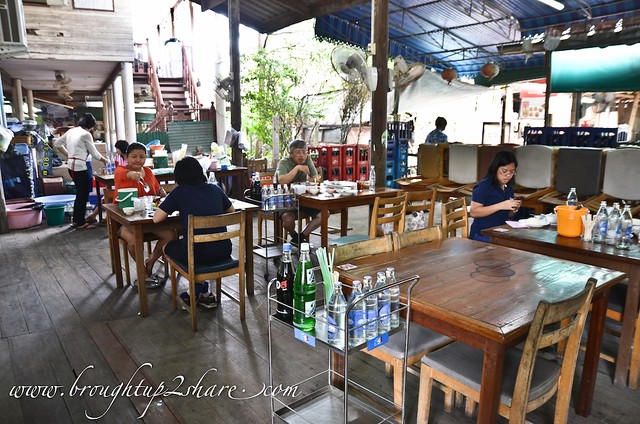 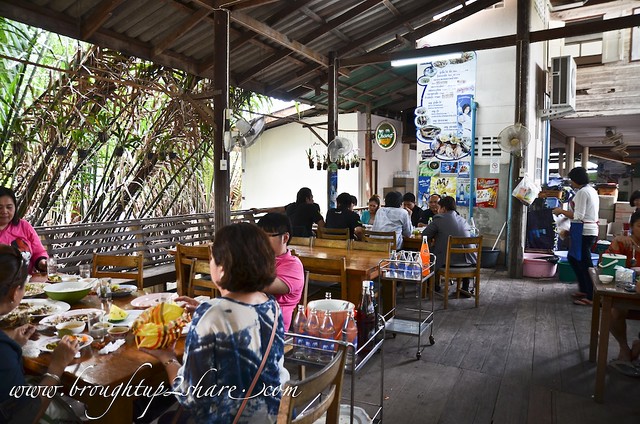 Fried Rice with Prawn
One of the most yummy fried rice we’ve tried, it was more like stir fry prawns instead of rice as it was loaded with fresh prawns! Very generous portion too 🙂 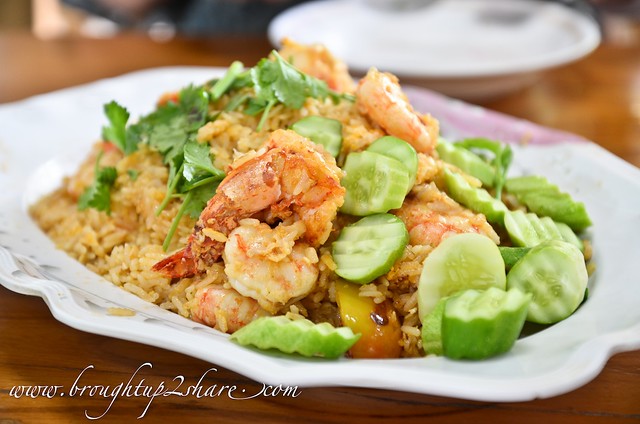 Tom Yum Seafood
Since it was our last day in Thailand, thus Tom Yum is a must. Sourish and spiciness to the right degree. So flavoursome and appetizing. 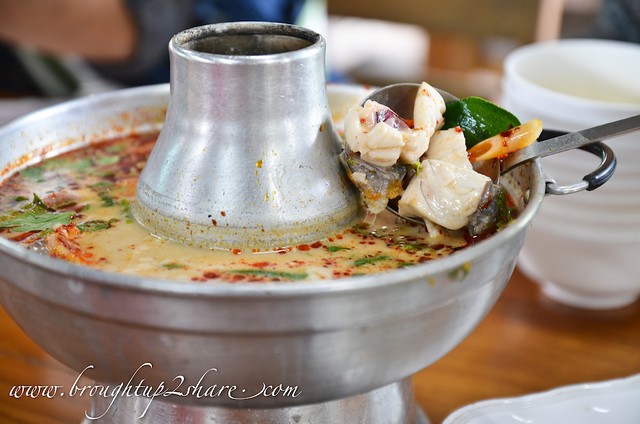 Green Curry Crab
A definite and desired sweetness from the coconut milk, fresh green chillies and other spices. 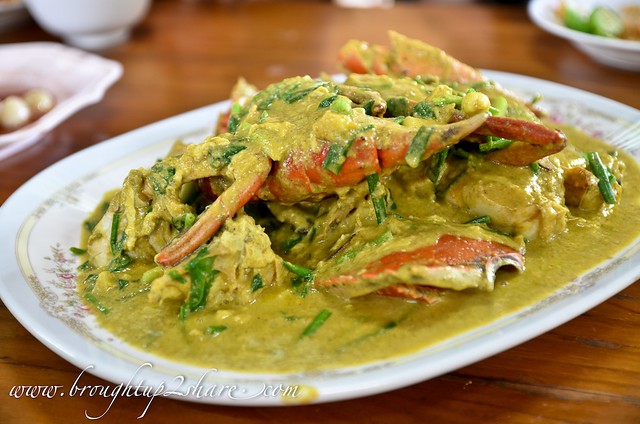 Stir-fry Squid with chilli, garlic & Thai herbs
With the hint of sweetness and some kicks from the chilies & herbs, the squids were springy & fresh! 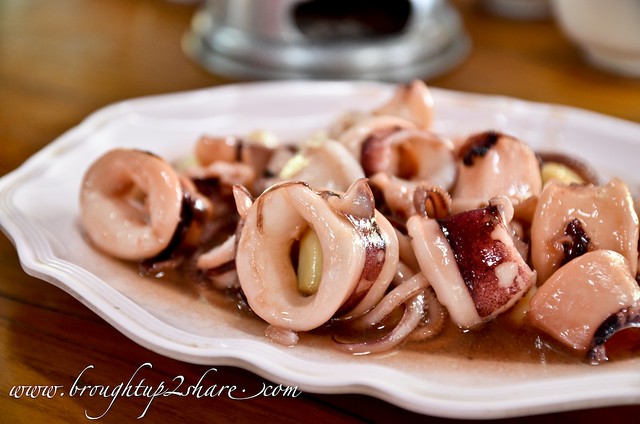 Deep fried sea bass with chilli sauce on side
Don’t worry it will be too dry as you could drizzle some of their thai fish sauce plus chilli. 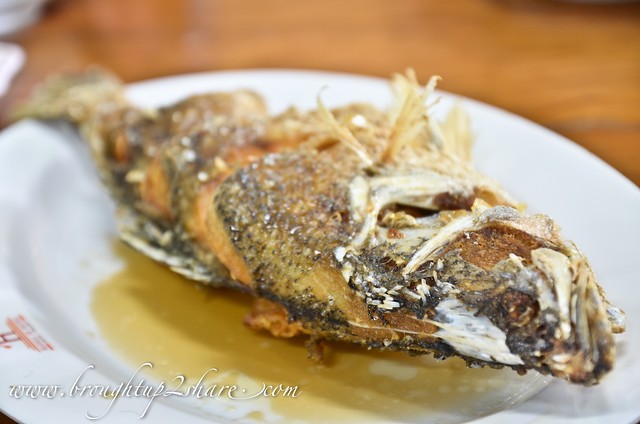 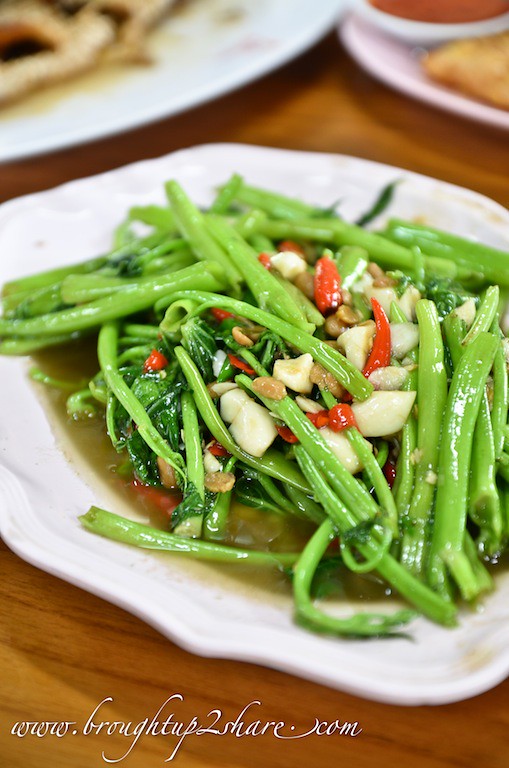 Prawn Omelette
This dish is like a must-order dish wherever & whenever we visit Thailand be it at different province as it was my Dad’s favourite. So, we made this a ritual order though it’s not on their menu. Thai’s Prawn Omelette is so good ok! 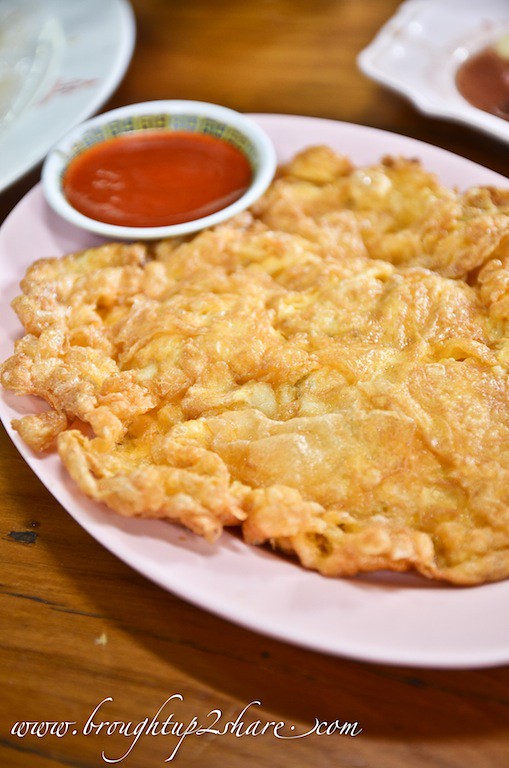 Dang Seafood Restaurant
Mae Klong, Samut Songkhram,
Thailand 75000
**Just ask out the nearby folks there for Dang Seafood and you should be able to get here 🙂

For the detailed Hua Hin travel itinerary, CLICK BELOW: