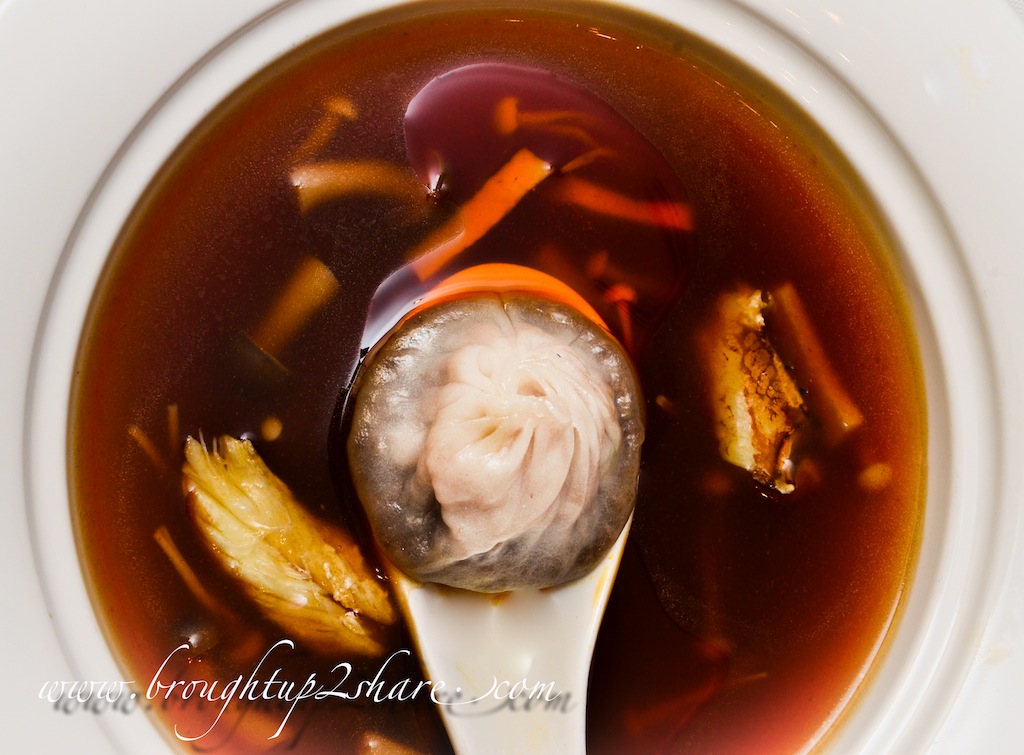 The prominent festival in the month of October!
Talk about Oktoberfest and all we could thought of would be pints of beer with traditional food like the Hendl, grilled ham hock, meat sausages with Preztel & potatoes.

Being very naive, never did we know of that we could actually celebrate Oktoberfest via the Oriental approach. The love for Chinese food was being augmented with some alcoholic touch, thanks to the different beer brewed by Guinness Anchor Beer (GAB). Special thanks to GAB, we get to sample some special dishes whipped up by Spring Garden. In collaboration with Spring Garden; a member of Tai Thong Group, GAB brought the idea of pairing food & beer to introduce us to an adventurous gastronomy especially for beer lovers. Even for non-beer lovers, you would be able to exploring new taste.

*Menu below have to be requested prior visiting Guinness Stout Shanghai Dumpling served in Hot & Sour Seafood Soup 黑啤小龍包燴海鮮酸辣湯 – RM25 per pax
A Guinness Shanghai Dumpling?
Taking a bite of the dumpling full of the Guinness broth is definitely our first time. The hot & sour soup with crabmeat was very appetizing too. Baked Cod Fish with Tiger Beer 虎啤燒焗銀鱈魚 – RM28 per pax
One of our favourite dish, the fresh cod was baked under high heat retaining its juiciness bringing out the beer flavours from the special sauce. The sauce resembled the teriyaki sauce. Pan Fried King Prawn with Guinness Stout 黑狗啤煎大生蝦 – Seasonal Price
Our palates were entertained with the flavoursome gravy tossed with onions & Guinness. Mix this with the fresh king prawn? Non-stop diggin’ in with yum…… Chilled Hong Kong Kailan with Crispy Squid 二松脆魷冰镇 芥兰 – RM15 per pax
The stem of the kailan were chilled & crunchy, while the leaves were deep fried with shredded squid 🙂
Adorned with a pretty orange basket in the middle. House Special Noodles with Shredded Chicken & Spicy Sauce 麻辣雞絲撈面 – RM15 per pax
According to the chef, this is the Spicy Hakka noodles we’re having. Tossed with some spicy sauce and shredded chicken, it gave some sweet taste & hints of spiciness at the same time. Chilled Lemongrass Jelly, Dragon Fruits, Heineken topped with Ice Cream & Glutinous Dumpling with Guinness Stout 龍果香茅凍喜力啤雪糕拌黑啤羅米糍- RM20 per pax
A sweet & memorable ending with both Heineken & Guinness Stout. The chilled jelly was very refreshing while the glutinous dumpling has the right sticky texture that we love.