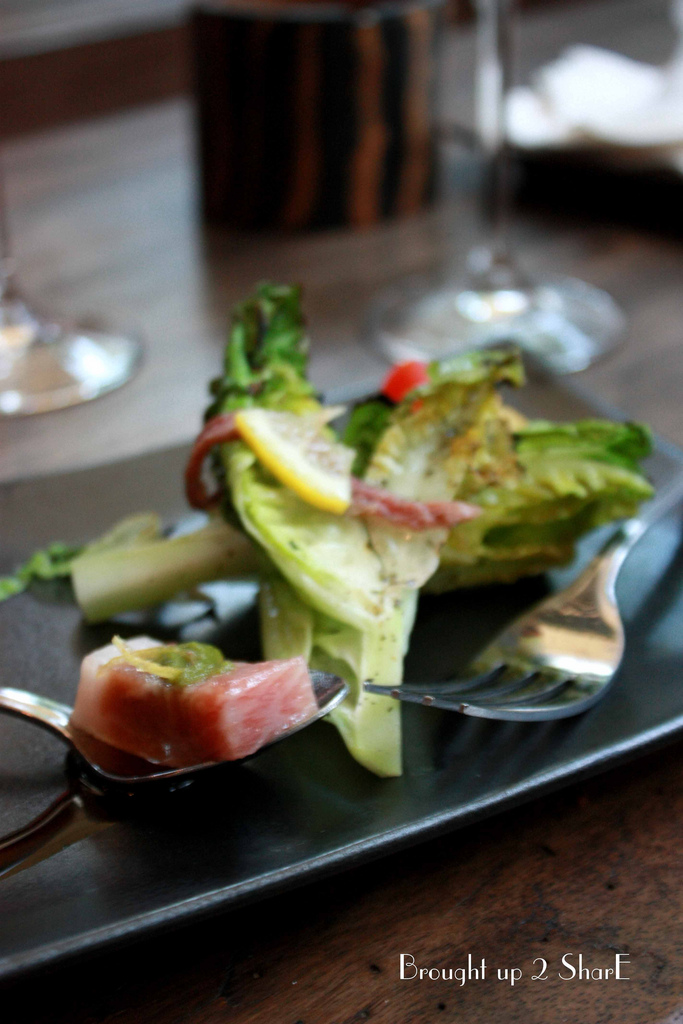 During days off and when time allowed us to laze around at home, the Asian Food Channel (AFC) is one of the most watched channels in our personal tv itinerary. Why you may ask, as it shows fine food program and lifestyle line up, entertaining viewers of different perspectives.

It was an honour with delightedness when we were invited to an exlusive premier of “Chef Daniel Boulud: One Night in Singapore”, a one hour special program to be aired Tuesday, 29 September at 9pm on ASTRO 703. This event was held in NEO, located in Jalan Sultan Ismail next to Tamarind Hill, Kuala Lumpur.
Many thanks to Alice George Communication, the PR Consultants to the Asian Food Channel in Malaysia for the invitation. Getting to know Chef Daniel Boulud: Daniel Boulud is Chef-Owner of ten award-winning restaurants and the Feast & Fetes catering company. While he hails from Lyon, France, It is in New York that he has truly mastered the culinary scene, so much so that Daniel Boulud is today considered of Americas leading culinary authorities. Over the last two decades, Boulud has evolved from a chef to a chef-restaurateur, bringing his artistry to his New York City restaurants DANIEL, Café Boulud, DB Bistro Moderne, Bar Boulud and now, DBGB Kitchen and Bar.

In addition, he has created Café Boulud Palm Beach and Daniel Boulud Brasserie at the Wynn Las Vegas Resort. In May 2008, the chef extended his culinary reach internationally, opening Maison Boulud in the Legation Quarter in Beijing, China. Daniel Boulud and his restaurant management company, The Dinex Group, have also recently formed a partnership in Vancouver where they manage the renowned Relais & Chateaux restaurant, Lumiere. Adjacent to Lumiere they have created a new DB Bistro Moderne, a sister restaurant to the one in Manhattans Midtown.

Boulud’s culinary accolades include James Beard Foundation awards for Outstanding Restaurateur, Best Chef of New York City and Outstanding Chef of the Year. Restaurant DANIEL has been named one of the ten best restaurants in the world by the international Herald Tribune, received Gourmet Magazines Top Table award and a coveted four star rating from The New York Times, as well as Wine Spectators Grand Award. The Chef has authored six books and has created three seasons his After Hours with Daniel television series. Daniel Boulud appears exclusively on the Asian Food Channel.

A feature on how he sets sail on his maiden voyage into the unknown culinary paradise of South East Asia, this is a “story” not to be missed. Having conquered the New York restaurant scene, by building arguably three of the most respected establishments in the Big Apple, Daniel is invited for his first ever visit to South East Asia where he’ll have to cook. The iconic Fullerton Hotel in Singapore is the architectural centerpiece of this culinary event. His mission is to explore its mysteries of the East and discover if his high-end French cuisine style can stand the heat of the notoriously hot Asian Kitchen. This one night in Singapore has the power to make or break Daniel Boulud’s reputation across Asia.
from: asianfoodchannel.com

Before the premier, we were served with light refreshments He socialized well around with the bloggers, pleasantly greeting us before the video premier.
Maria Brown, the Managing Director of Acquisitions & Programming for AFC, was also present during that lovely evening.

Many floggers and lifestyle bloggers were invited to this special event. Mingling and catching up sessions were extraordinary. After the one-hour video, a 3 course meal was put to order 🙂 Citygal and I chilling around 🙂 Although it’s dark, i kinda like the atmosphere in this pic… ;P

Pics by Ken of FOODPOI: Remember to catch this program on Tuesday, 29 September at 9pm on ASTRO 703 and StarHub Channel 69 (Singapore). For more info, check out their website on www.asianfoodchannel.com.

11 Replies to “AFC Premier of Chef Daniel Boulud: One Night in Singapore”

Leave a Reply to thule a.k.a leo Cancel reply