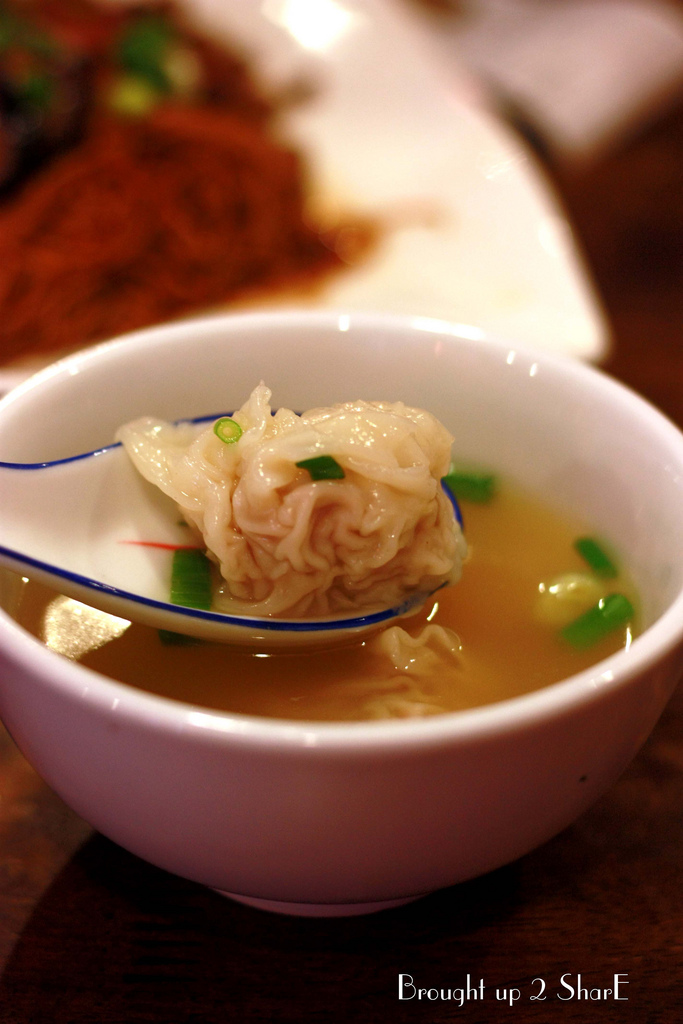 It was one late afternoon when we ran out of ideas of where to eat out for lunch when neighbouring Cheras quarters.
Buzzed for help.
AiWei saved our day when she suggested that we should drive over to Taman Segar for a plate of wantan noodles that she once enjoyed. 师傅云吞面
For a moment I thought we would reach a kopitiam. But we settled down in a little restaurant decorated with Chinese lanterns, bringing out a time-honoured Chinese culture, especially when the wooden chair and tables were some additional gears to boost this feeling.
Red paper cuttings embellished on walls and I’ve always fond of looking at those wooden board embossed with golden Chinese writing. Char Siew Wantan Thin Mee (叉烧云吞面) – RM5.00
This was one pleasant portion. Not to say the very best, but its taste was memorable. Springy noodles and not to forget to mention its wantan (dumplings), they were yummy too. Char siew tasted flavoursome, but it would be better off if they were more of “pun fei sau” ;P The World Spiciest Pan Mee (天下第一辣) – RM8
This pharse captured us when we were studying the menu. World Spiciest?? “such overstatement” I thought. They even have World Second Spiciest! When Chris asked the boss which was better, he immediately suggested that we should try World Spiciest since we were first timer in his restaurant. I love spicy food and I know I can put up with it. So we gamed for that. the friendly and chatty boss demonstrating

So true. Definitely not an overstatement. It’s super duper SPICY! Our face went red, sweated and tongue was numb.
Warning: I wouldn’t recommend if you have indigestion and heartburn problems. Well, if you think you could withstand, why not? ;P We were aware that this sort of noodle house are escalating in numbers in major areas. Our community today are diverging into a more demanding population requiring better dining experience. However, so sad to say, not all better-looking noodle house were a success in winning their patrons tastes.
Shi Fu Wantan Mee Restaurant is one noodle house I would return, but not as frequent because we are one part of the population who are more than willing to have lunch in normal kopitiams everyday as we are just beginning to step up our career ladder ;P