Wanna write on Tar Chong again! Since I’ve visited this restaurant again during night with bros and Chris, we tried other foods as they are sort of different from the ones sold during morning and afternoon. Well, after having the Nyonya curry noodle in the afternoon, Chris ordered me the Hakka Noodle. Bro had this too. It’s not really great but the noodle itself met my requirement of desirableness… *not too soft* Had the dry version but I thought that it was kinda (too) dry. A little soup have to be added to loosen it a bit. RM3.50 it’s priced… 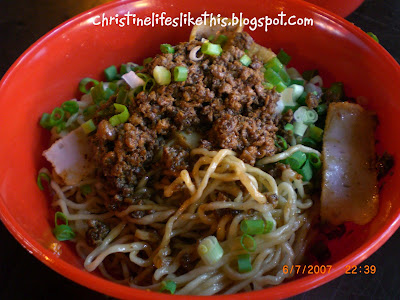 Seriously, the Char Siew Wanton Noodle here is really a thumbs up! Their “char siew” (BBQ pork) are not dry like most restaurant served and nice texture as well. Noodles are also very springy! Also at RM3.50, you can enjoy this drooling preparation! 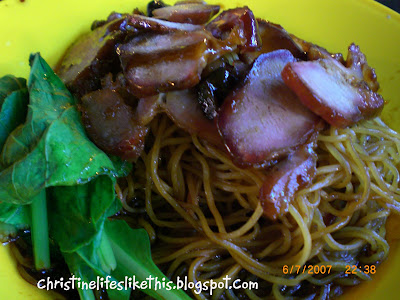 Not to forget the Char Kuey Teow, again RM3.50! Originated from Kajang.. they have a branch here! How nice… Their Char Kuey Teow is also worth trying as the taste and aroma can be compared to the ones sold in Penang! However, the consistency of it is doubtful. Sometimes.. it’s fried by some foreign workers and I don’t think this tasted as good as the Kuey Teow fried by the owner! He isn’t here sometimes… 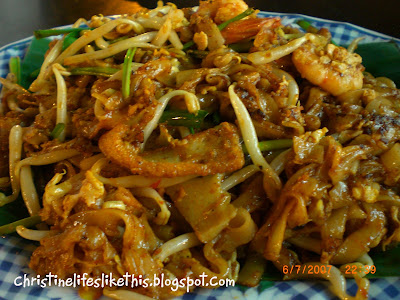 While eating, mom and dad called. Asked us to “ta pao”. They had the Chinese-styled fried yee mee and kuey teow. Something like “ying yong”…. Not bad too, as I’ve tried this from my previous visit. *hehe* For a portion, it’s RM4.50. Anyhow, I still prefer this preparation from one of the restaurant in OUG. Haven’t been there before, as my dad bought it home. Will introduce on this if I’m there next time! 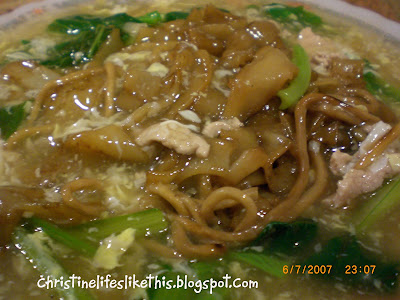 Tar Chong Restaurant
(not sure about the lot No.)
so it’s actually Opposite Jusco.
Taman Equine,
Bandar Putra Permai, Seri Kembangan