As some of you might know, Papa C and I are expecting baby number 2 early next year!
And right now…

We’ve reached the halfway point of this pregnancy! 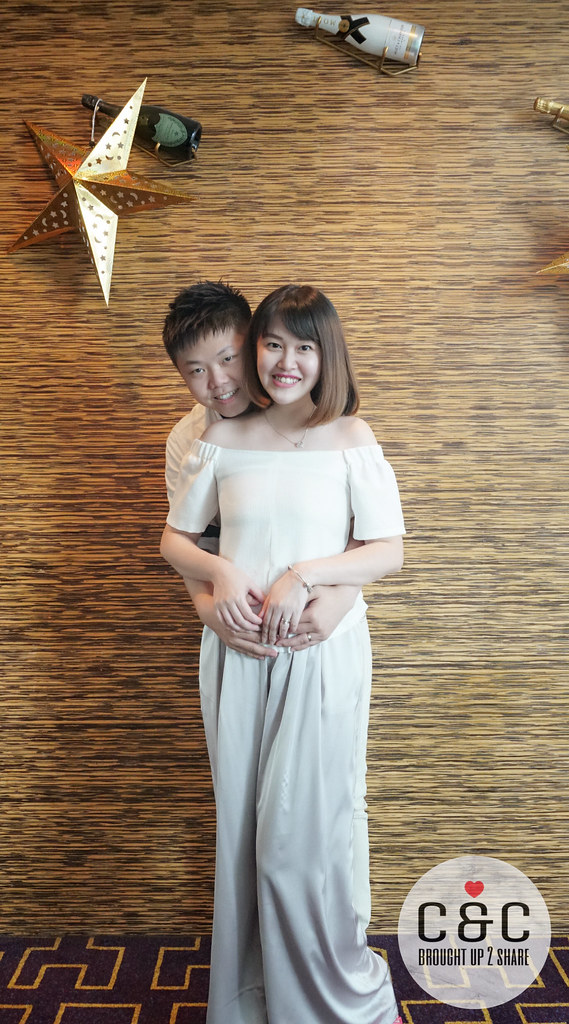 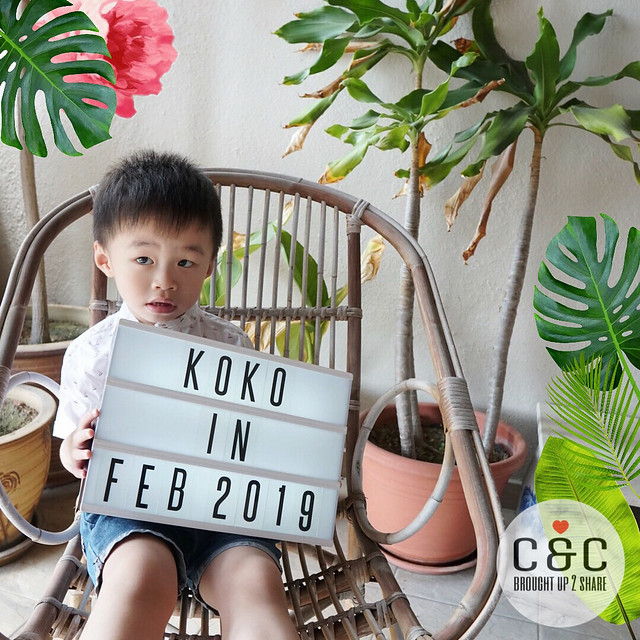 At 20 weeks pregnant my little dumpling is about the size of an banana! (According to my Baby centre app). 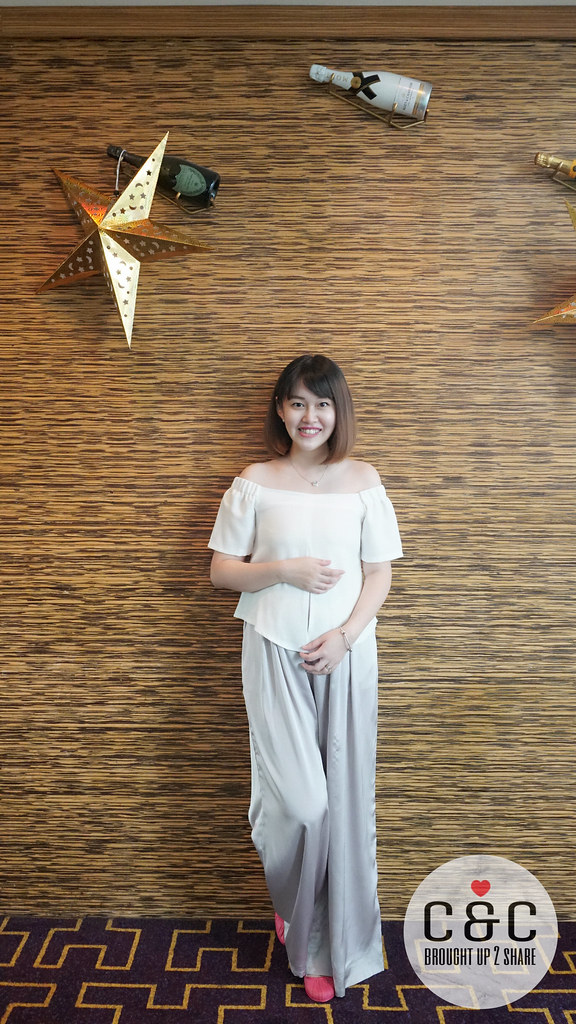 I’ve not actually thoroughly talked about my pregnancy this round as it feels so much different from having Mini C. When I was pregnant with Mini C, I feel so much more energetic with more oomph and also “look better”.
With the little dumpling, I felt the opposite – drained, bad morning sickness, super lazy and slept so much, back pain and many more. I personally feel that age matters. And I felt so much weaker than my first pregnancy – bad sinus problem was back, and even suffered from a viral infection during first trimester.

With the EDD of early February next year, the age gap between Mini C 1 & 2 will be about 4 years 3 months. Chris and I actually have been planning to have the second baby right after Mini C’s 3rd Birthday but I guess good things just have to wait?
We’ve been trying for more than half a year with some difficulty of conceiving initially due to work stress that I was having, till my menstruation cycle went cray cray a bit. Have to succumb to a cycle of OC and luckily it went back to normal quite quickly. Yes, I think I used like 2-3 Digital Pregnancy Test and it says “Not Pregnant” and I always end up disappointed.
Went on a family holiday to Melbourne early May this year and I guess there’s where the magic happens and Voila! – Little dumpling aka Mini C 2 is made. Haha. 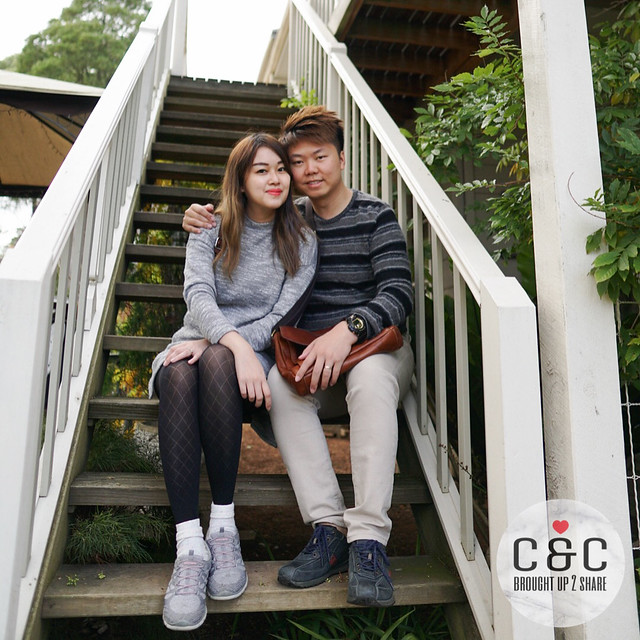 How we Found Out?

I had a cold sore after my holiday and I was tempted to take antivirals myself.
Having a missed period of 3 days and an ugly cold sore on my lips, I then decided to take the test before taking the pills.

Faint line – I almost cried LOL
And I didn’t use the Clearblue Digital Pregnancy Test this round, as this gadget had failed me several times before. hahaha 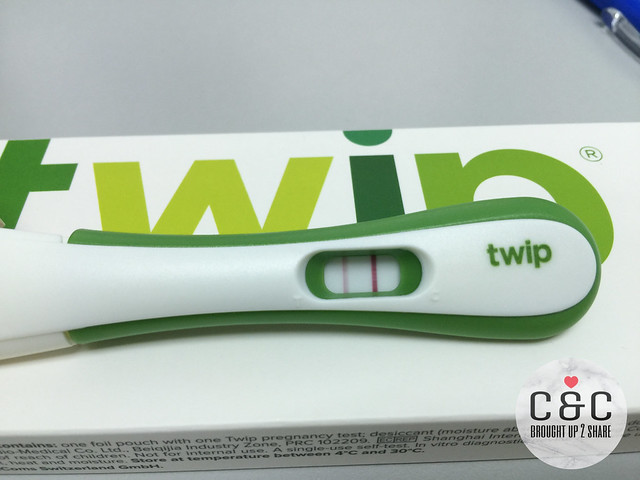 Anyhow, I was convinced to use it one more time and it’s super accurate.
Pregnant displayed- For the first time! (I didn’t use digital too during Mini C cos the conventional ones were pretty clear with 2 lines). 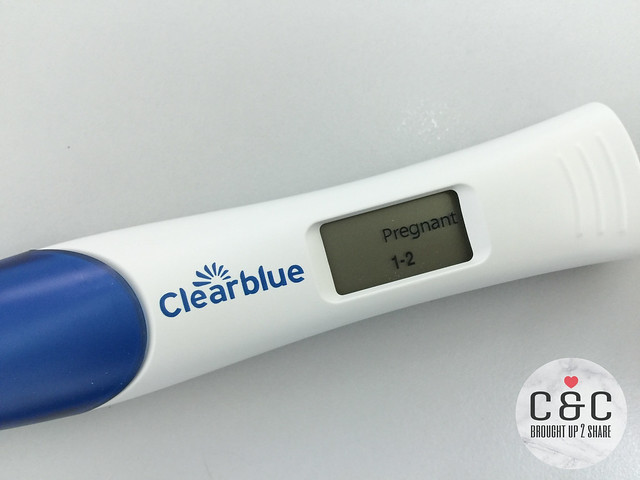 Baby Development
So we are at the halfway point! With my last pregnancy I felt like time suddenly sped up from this point onwards and I am sure this pregnancy will be no different, but as I mentioned earlier I had a totally different feeling. Anyhow, baby’s growth progress has been so far so good. 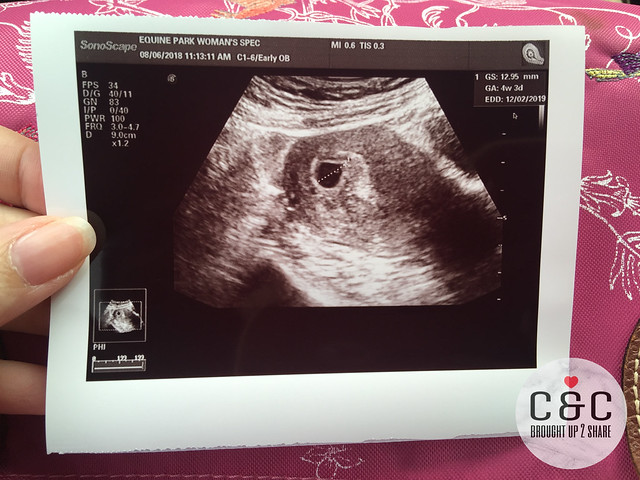 Week 8 – We can hear heartbeat! I almost teared again. 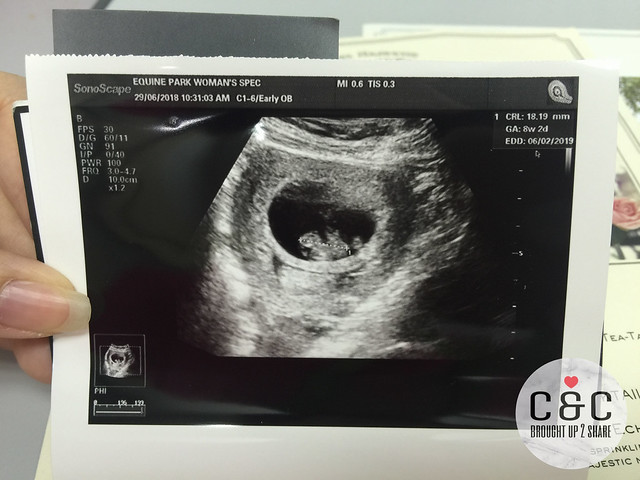 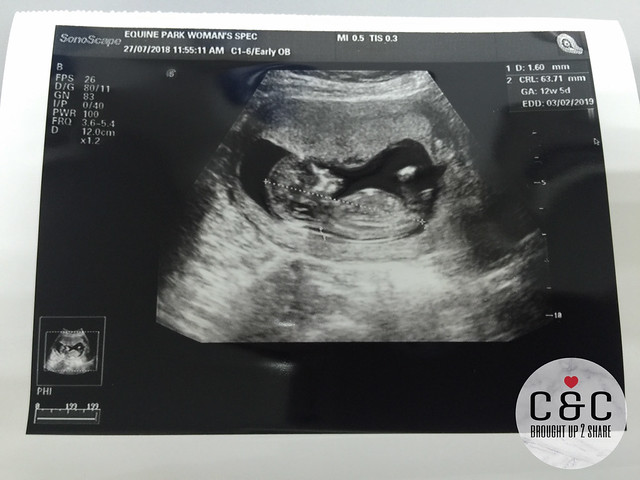 Body Changes
I felt my bump is growing rather quickly compared to Mini C.
Skin was dryer than usual, so hello! I definitely lacked the pregnancy glow this round. Huhu!
Had back pain and at about week 16, I had pelvic bone pain!
Thanks to WeiZhi who dragged me along to some prenatal exercise classes at B.studios, my pain was relieved! Although it comes back sometimes, but at least I know what should I do then! 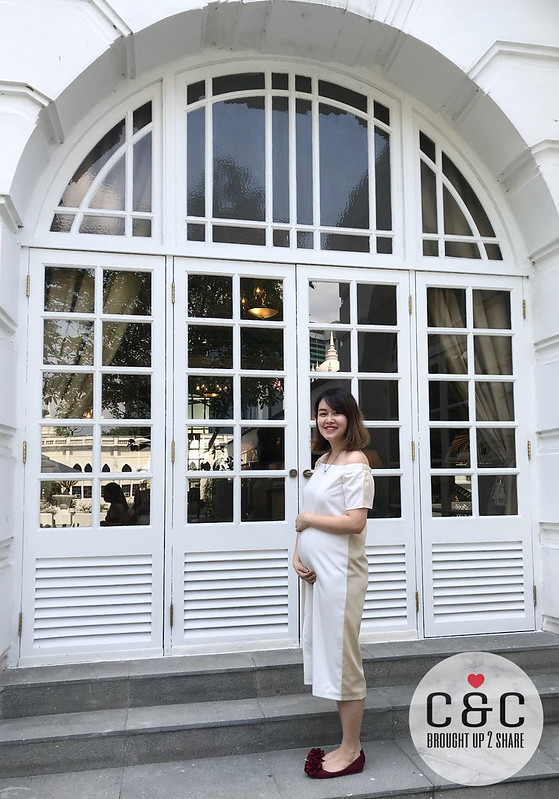 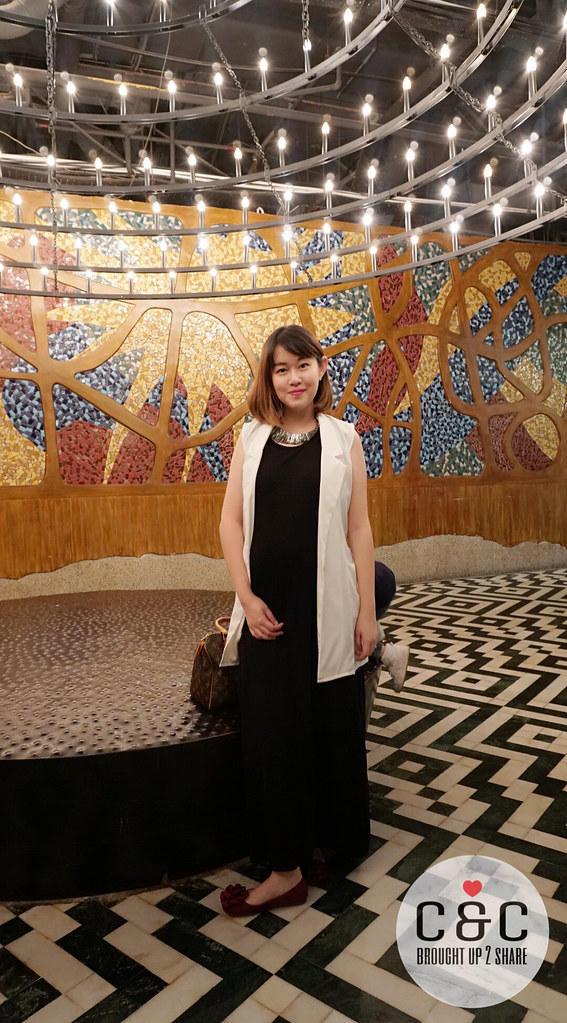 Pregnancy Symptoms
During Week 12, I felt a bit more relieved as they said morning sickness would go away after first trimester. But hello, it decided to stay until about Week 16!
I had more food cravings this round. No specific type of cuisine, because it will be spontaneous everytime!
Also, I hated fragranced shampoo / body shampoo’s scent! I could almost puke immediately!!Then, of course, there are my cravings. As long as the foods I’m dreaming of are safe for me and the little dumpling, there’s no reason not to give myself a treat … or two.
As always, moderation is key – but at least I don’t feel guilty for giving in. After all, it’s what the baby wants!

Pregnancy Friends
Around me, there’s about 9-10 pregnant friends too! Baby Booming season again haha!
Among them are 2 of my best friends! Rennie & WeiZhi – the best feeling ever! 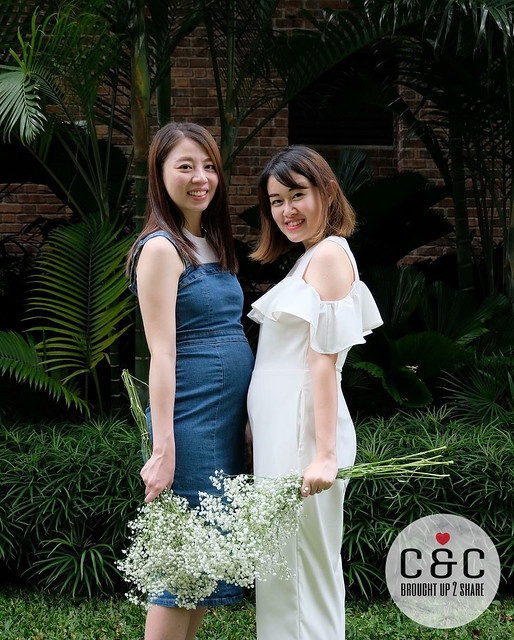 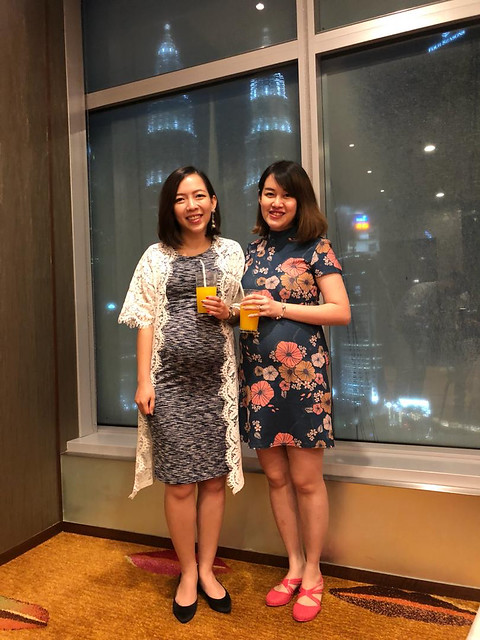 Ivy & Wenching are not ok! LOL 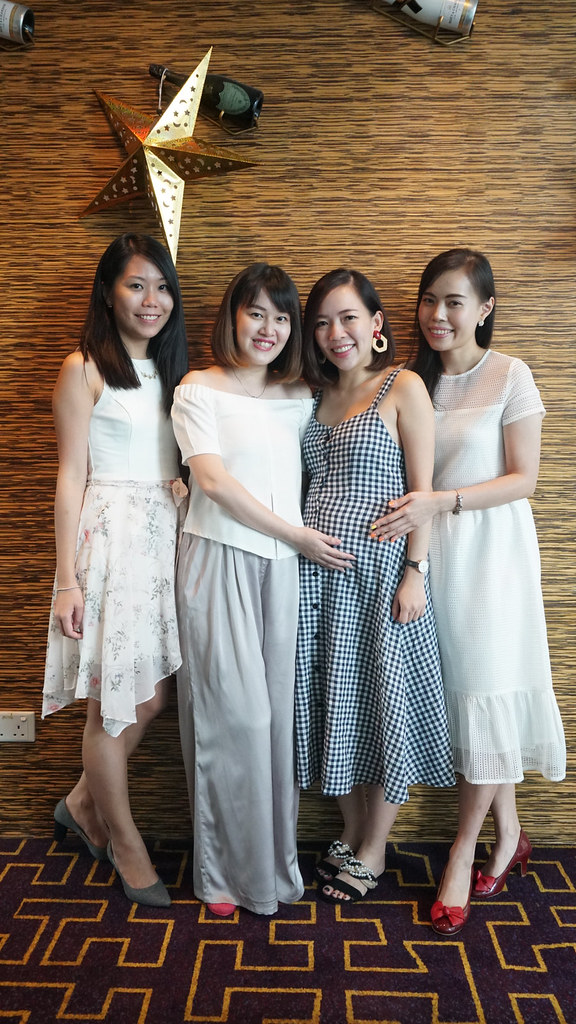 Mini C
Juggling a toddler and a pregnancy can be tough. He has been really sticky to me and wants all the attention. Thank god Chris is always there to take turns and he’s better with just daddy alone – Daddy’s his best friend now. And we made a promise that when baby is out next year, he will get a special gift from baby. So he’s pretty excited! 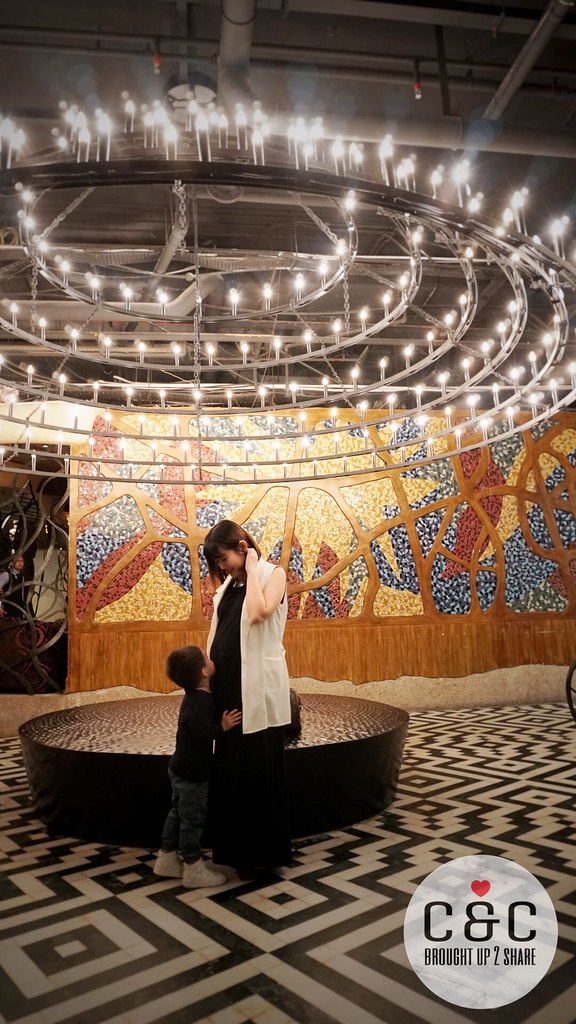 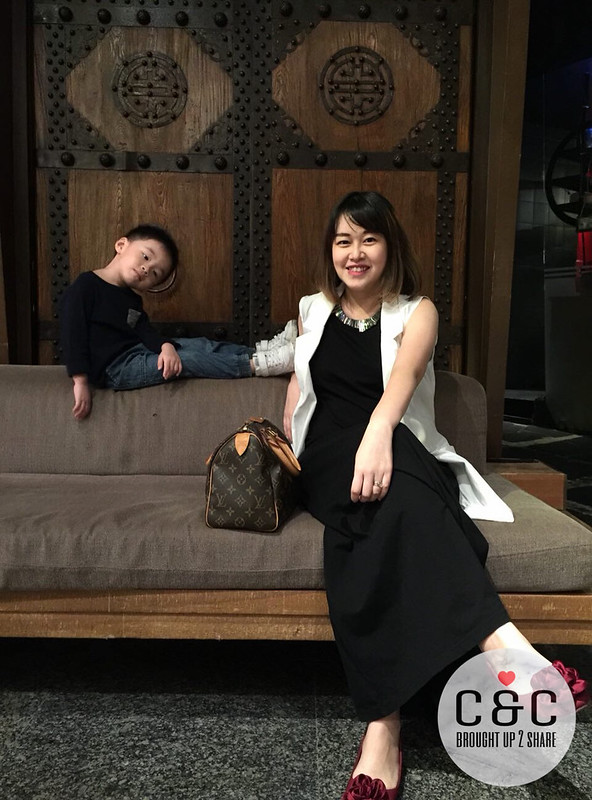 Go on, treat yourself
Now is a better time than ever to indulge myself, so go for it! Love more sleep? It’s a good time to nap and sleep in – I won’t have the chance to do it very often once your baby is born anyways. Self -comfort is good!
Papa C also gives me pregnancy massages! 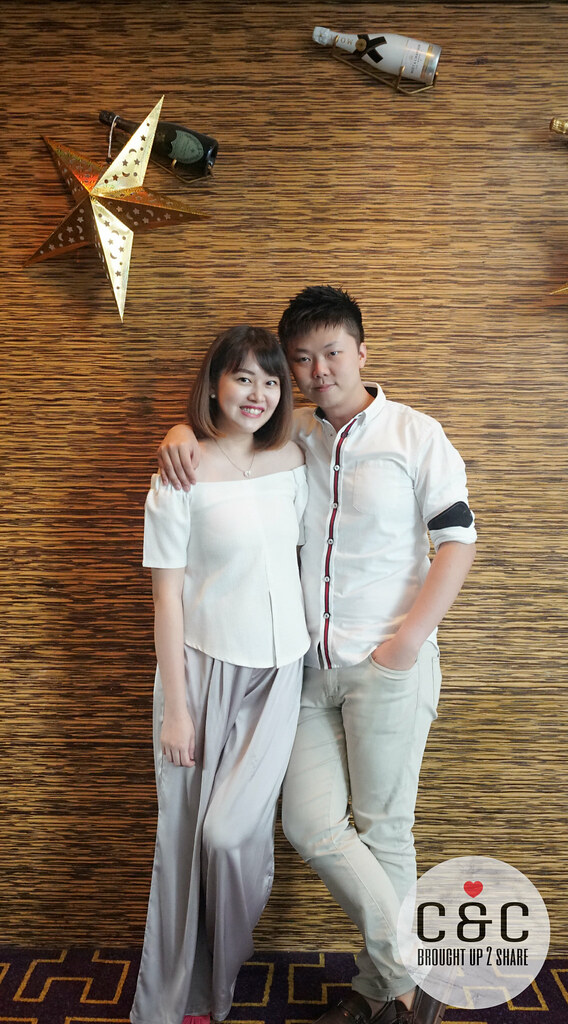 It goes without saying that the very best thing about pregnancy is the beautiful little baby that you get to cuddle at the end of it. That wonderful little part of you that you will love for the rest of your life. Ahhhhh. We can’t wait!

Big thanks to the team at Traders Hotel Kuala Lumpur for this Babymoon surprise! We can’t wait for out staycation soon! 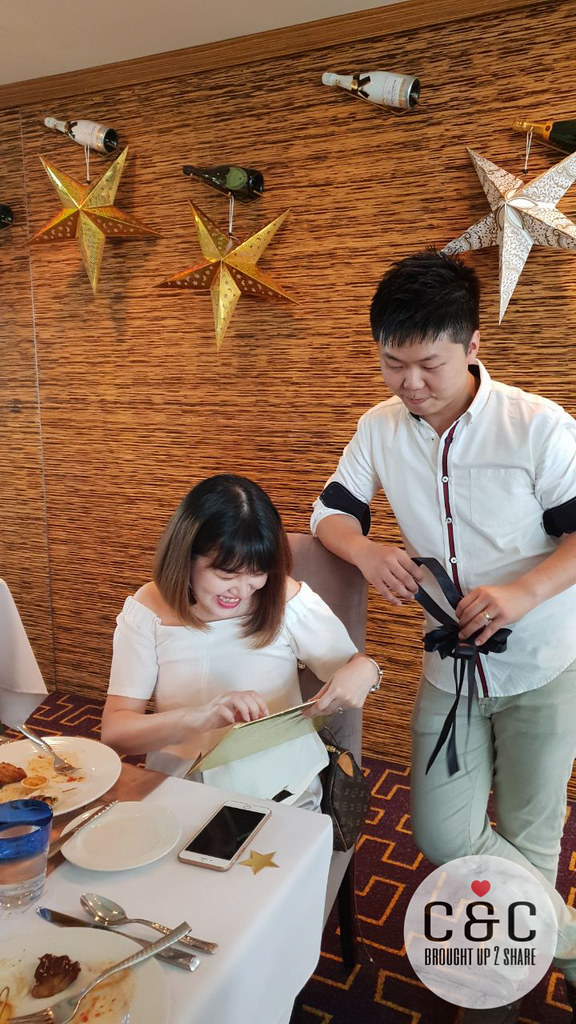 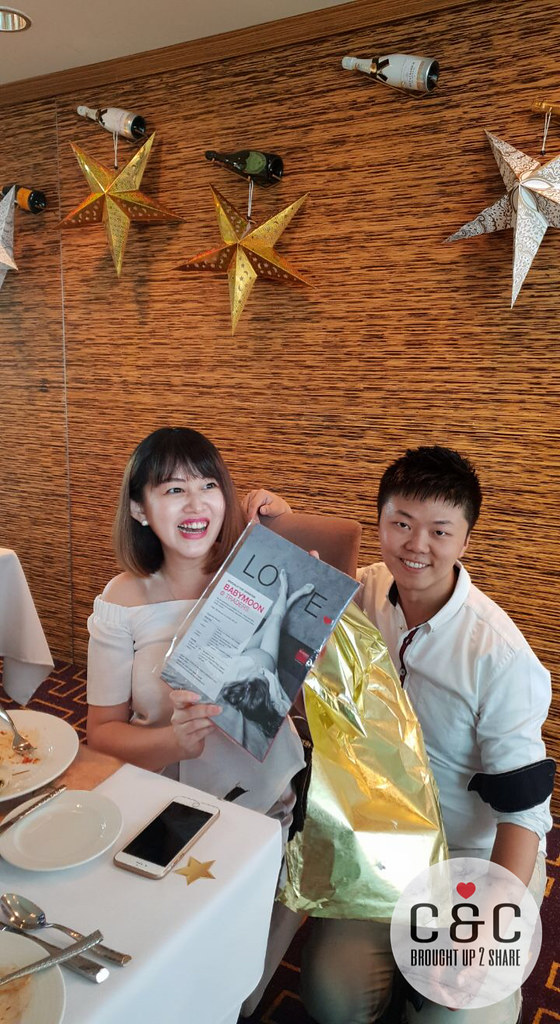