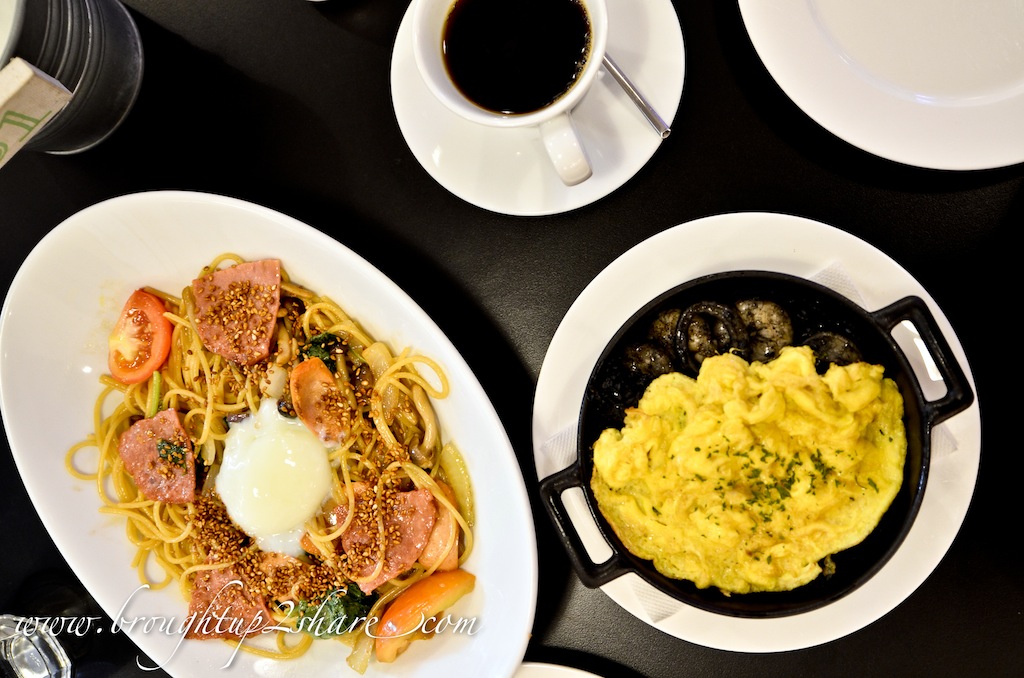 Ever since Miam Miam open its doors in Penang last year, it has created quite a rave among foodies. And good news doubled when they decided to branch down to Klang Valley, right here at 1 Utama Shopping Centre. Patrons has flocked to the place to check out their legendary treats like French toast, soufflé, signature pastas, and many more. 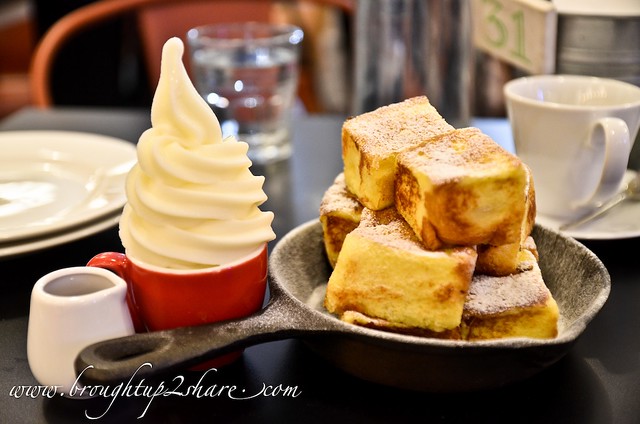 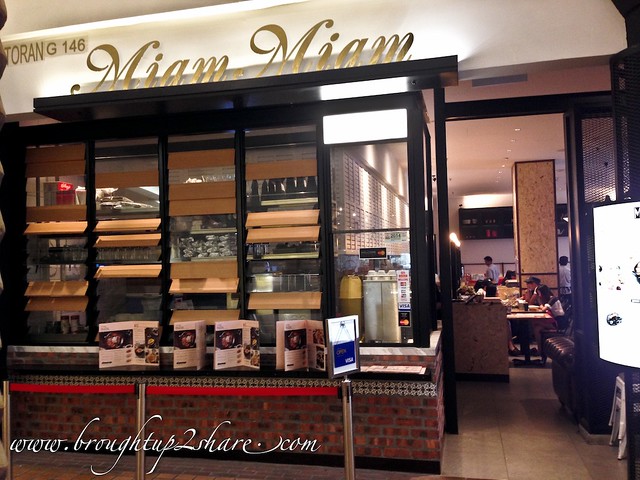 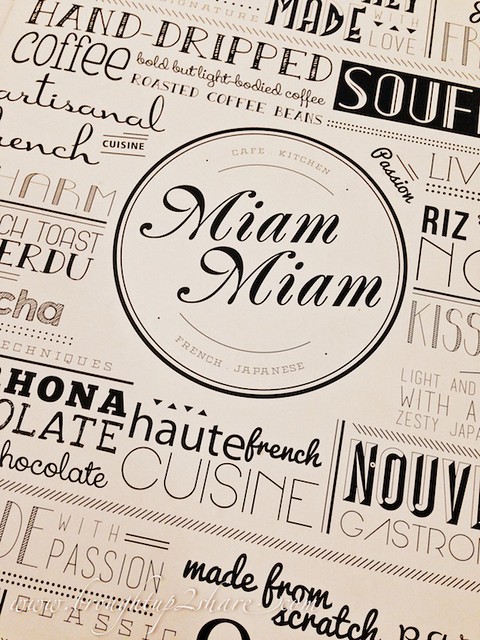 It means “Yummy” in French. Miam Miam is a place that combines refined Japanese aesthetics with the rich flavours of the French culinary tradition to produce a unique fusion that accentuates the best of both excellent culinary traditions. It has a casual setting of French Japanese Artisanal Cafe, enriched with a a French-Japanese menu that has managed to draw a huge crowd; be it families, working people or youngsters especially. 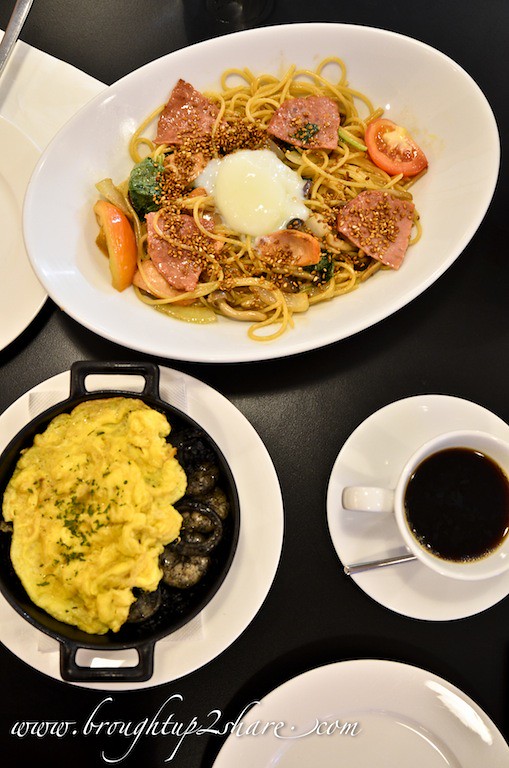 We’ve heard that the queues are crazy on weekends and there were complaints about their services being bad too during those peak days. Nevertheless, we decided to drop by on a weekday for late lunch.
Despite it being a late lunch hour already, they still have promising crowd. But lucky enough, we do not need to line up and their service was prompt too 🙂 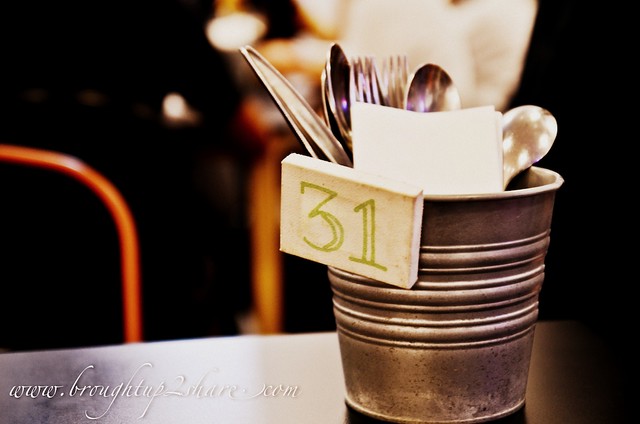 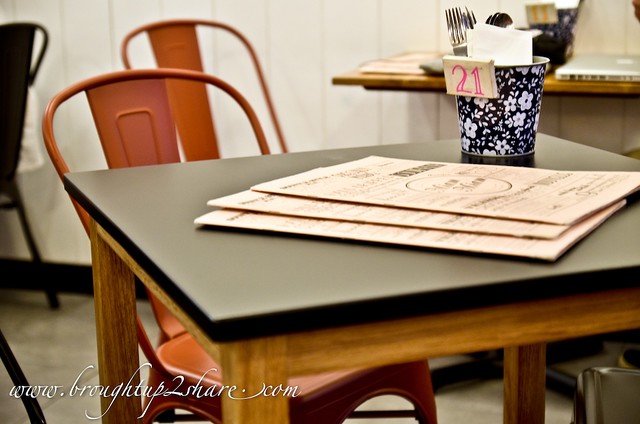 Hand dripped Coffee – RM8
As usual, Chris will order his daily dose of caffeine. Checking out their recommended hand dripped coffee, he loved his order of black beauty as has that bold but light bodied coffee. 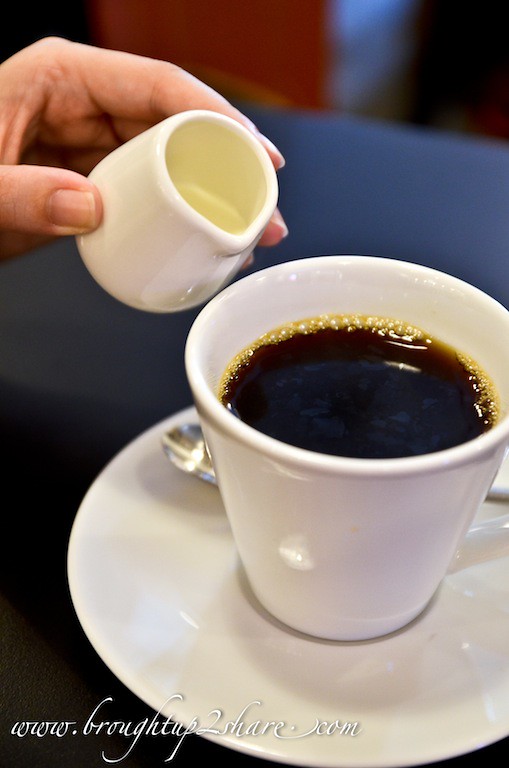 Miam Miam Spaghetti – RM26.80
While scrutinising at the menu, I have wondered why so many people tend to order the Miam Miam Spaghetti, which is one of their signature as it looks absolutely normal to us. Plus, they lack the pork bacon which can be found at Gurney Paragon.
Nonetheless, we still ordered it out of curiosity. Indeed, it’s very well prepared. Al-dente spaghetti well tossed & infused with flavours of french butter, their secret broth & shoyu. Sautéed with frankfurters, tomatoes, baby spinach & turkey ham, it was also topped with a beautiful onsen tamago (soft boiled egg). Mixing the egg with other ingredients created a smoother texture & a whole new characteristic. 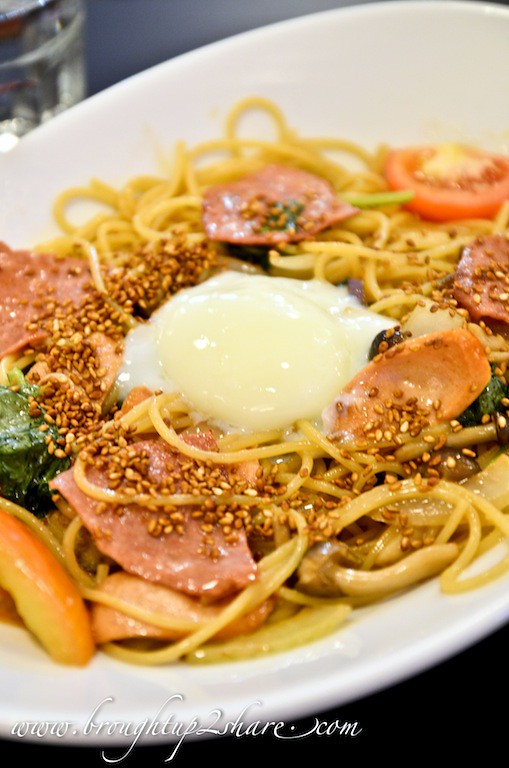 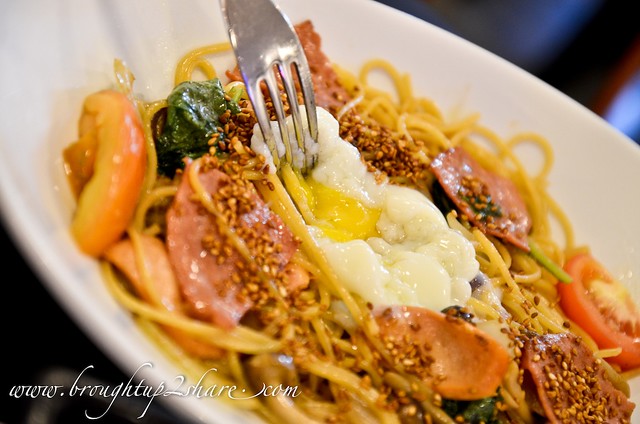 Black Rice & Omu Egg – RM28.80
Squid ink rice with assorted seafood, topped with the Omu egg that is moist, smooth & fluffy. Love the colour combination of this dish which is very contrast. The rice was cooked with the right flavour and the amount of seafood served was pretty generous too. Must try 🙂 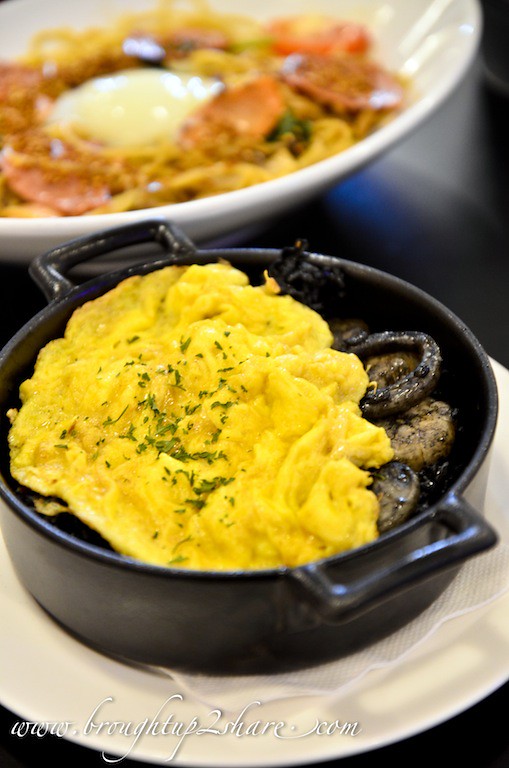 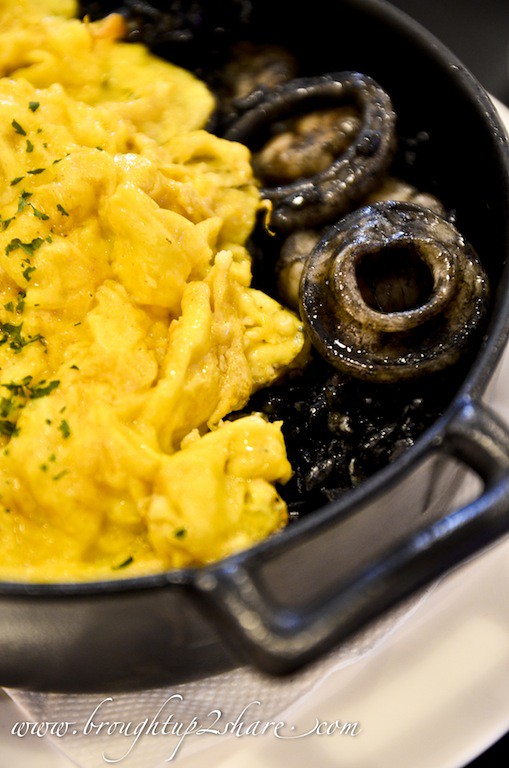 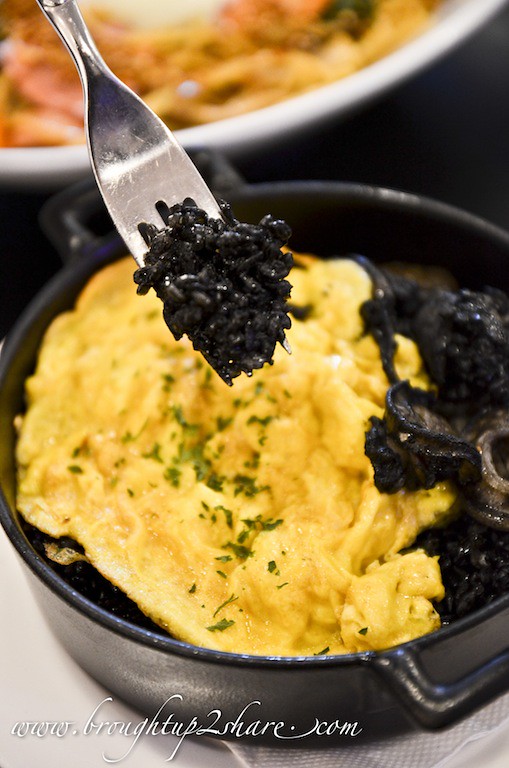 Famous French Toast – RM16.80
In the menu, it reads, “An absolute must-have. Don’t ask just order!”
One of their star dish that draws the crowd and almost every table has this french toast on it. And it’s one of the reason we were there too. So legendary. Haha.
Learning that it will be served with maple syrup & whipped cream, we asked for ice cream cream instead. As we would like to try something hot & cold at the same time. It will be like having the Shibuya Honey Toast! (although we’ve not tried this in Bangkok…).
And Miam Miam’s thickly sliced French toast was good! Unlike ordinary french toast, their bread is freshly made in thicker, denser form, dipped in egg mixture & slowly pan fried. Drizzle these high-piled toast with some maple syrup and pair it with ice cream. We loved it. Extremely hearty: buttery, fluffy light with a hint of sweetness! What an expensive serving of french toast you might say, but no one complains after having it. Haha.
NOTE: Additional RM2.20 will be charge for ice cream 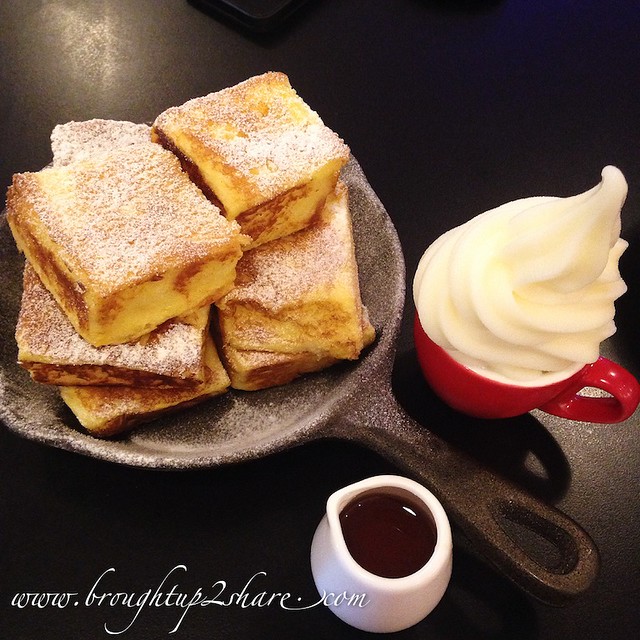 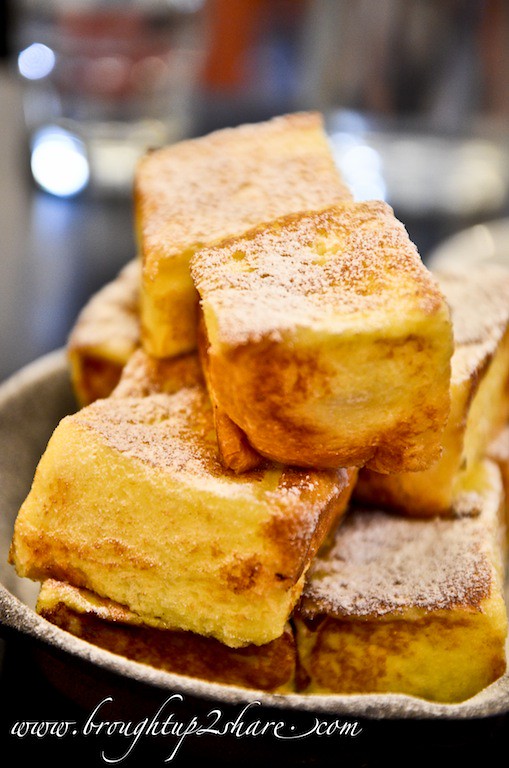 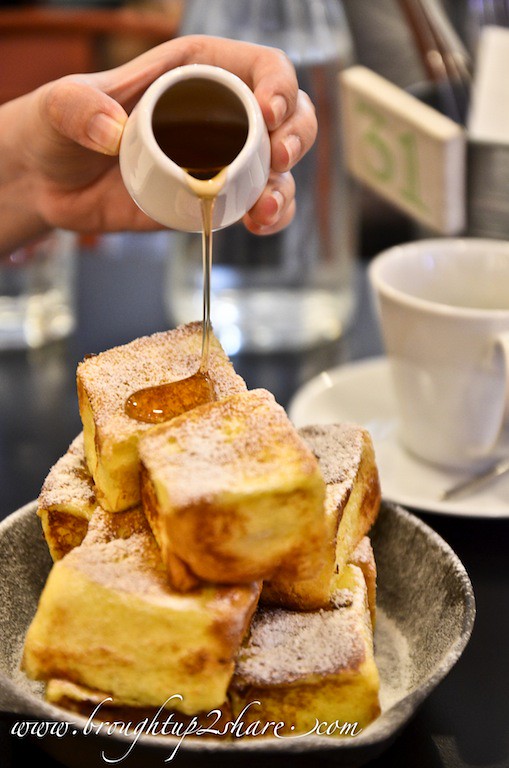 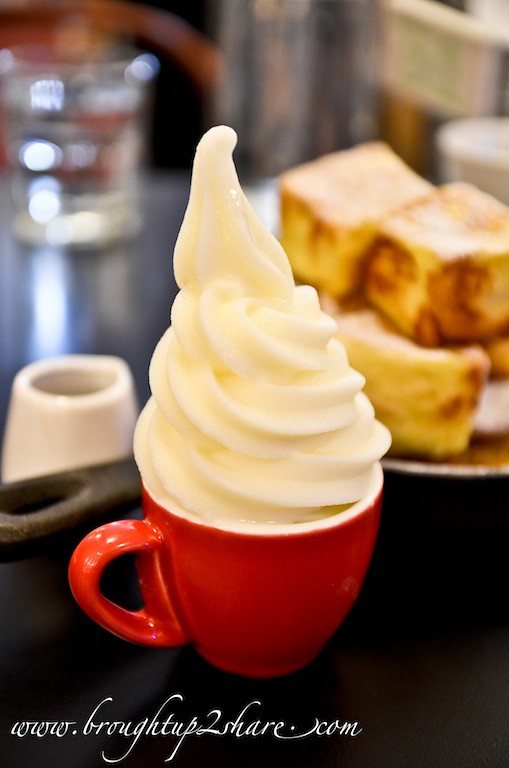 We love Miam Miam. But only on weekdays. Do you? 🙂