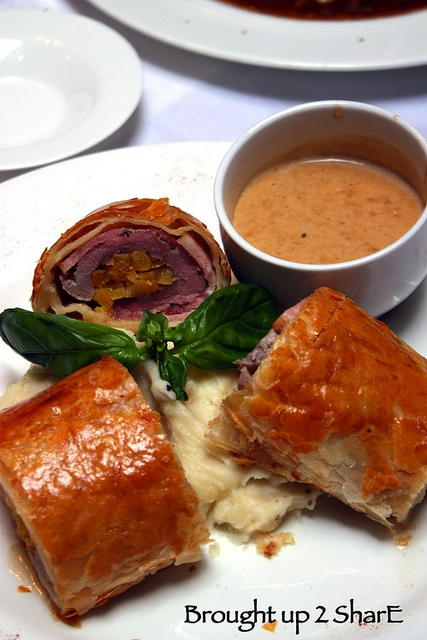 There’s always a reason for celebrations and we just love to find one. Blessed with happening festivals all year long, Guinness has been a great companion during Arthur’s Day. And now, it’s time to shout out ‘Merry Goes Round in March’!
Yes, their theme for the festival, we’ll be ready to party with the spirit of St. Patrick’s Festival with feast thanks to the GUINNESS® promotions starting from 1st March 2011 to 31st March 2011. St. Patrick’s Festival has been internationally celebrated on 17 March. Named after Saint Patrick, it became an official feast day & a month long celebration with good food and not forgetting teaming ’em up with pints of Guinness.


Thanks to the invitation from Fitou Brasserie, enjoying the Guinness Feast in an eatery well-known for their Mediterranean cuisine from France, Italy and Spain was spectacular.


In conjunction with this festival, Fitou is offering their St. Patrick’s Festival Menu. (Exclusively available from 1st March – 31st March 2011)
Pricing: Ala Carte @ RM34++
Irish Set with a perfect pint of Guinness @ RM48 nett
These are the 3 seasonal dishes available for the month of March. Pork Wellington stuffed with Apricots, served with Potatoes & Guinness Cream Sauce
Pastry was crispy, fillings with a tasty mixture of sweetness from apricots, pork fillings & buttery hints of potatoes. Drenching it with the Guinness infused creamy sauce was very memorable. Definitely pleased us a lot. For desserts lovers, check out their Crème Brulee & Molten Chocolate! (not included in the set) Take the opportunity to explore some of the participating outlets that feature St. Patrick’s Festival food & Fitou would be one of them! Let’s be Merry with Guinness!