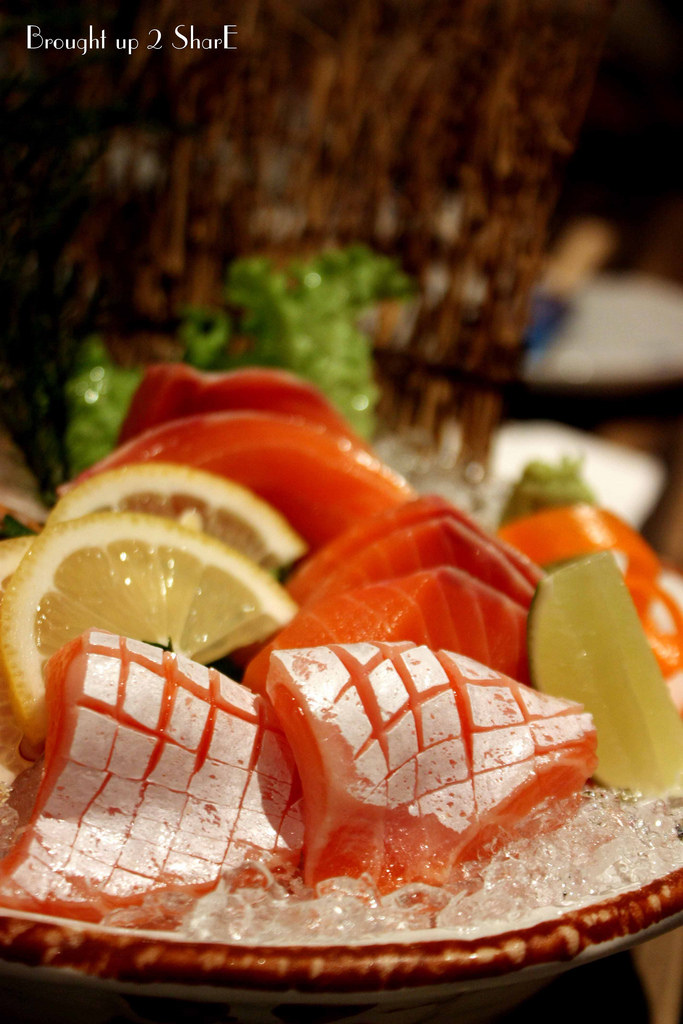 Oh yes, we have heard lots about Umai-ya, especially their great buffet deals and all. But sometimes, thinking of traveling over to Uptown or Damansara for it made us lazy and we’ll end up at Zanmai or something for some moderately priced Japanese spread. Xenri made me smile & we still adore Kampachi to the max but it could hurt Chris’s wallet sometimes.

Umai-ya finally opened its doors at Puchong, specifically nestled at IOI Boulevard. So much nearer, and with the great voucher deal we have at hand, we gave no excuse this time.
Like any other Japanese restaurant, Umai-ya was layed down with wooden floors, some tatami seats and also a few VIP private rooms. We were seated at the private room and I’m pretty glad we do, as the place was loaded with patrons during our visit for dinner, bustling staffs and customers tittle-tattling noisily. What great deal we enjoyed?
Eat up to RM400 (on food only) and get RM200 off! That’s a steal, seriously.
Beverages and taxes not included.
And we were stuffed with:
Twin Tower Maki ( 6 pcs) – RM14 Looking for some reasonably priced Japanese cuisine?
You might like Umai-ya 🙂
Though the food variety we ordered was not that fancy, tastewise, it was still great. Well if you don’t compare it with other Japanese fine dining……. 🙂
Umai-ya IoI Puchong Jaya Boulevard
A-GF-40, Block A
IoI Boulevard , Jalan Kenari 5,
Bandar Puchong Jaya , 47170
Puchong . Selangor.
For RSVP pls contact
Tel: 03 8075 1113
Fax: 03 8075 6663

IoI Boulevard has yet to develop and we believe it could be the next Jaya One perhaps? 🙂