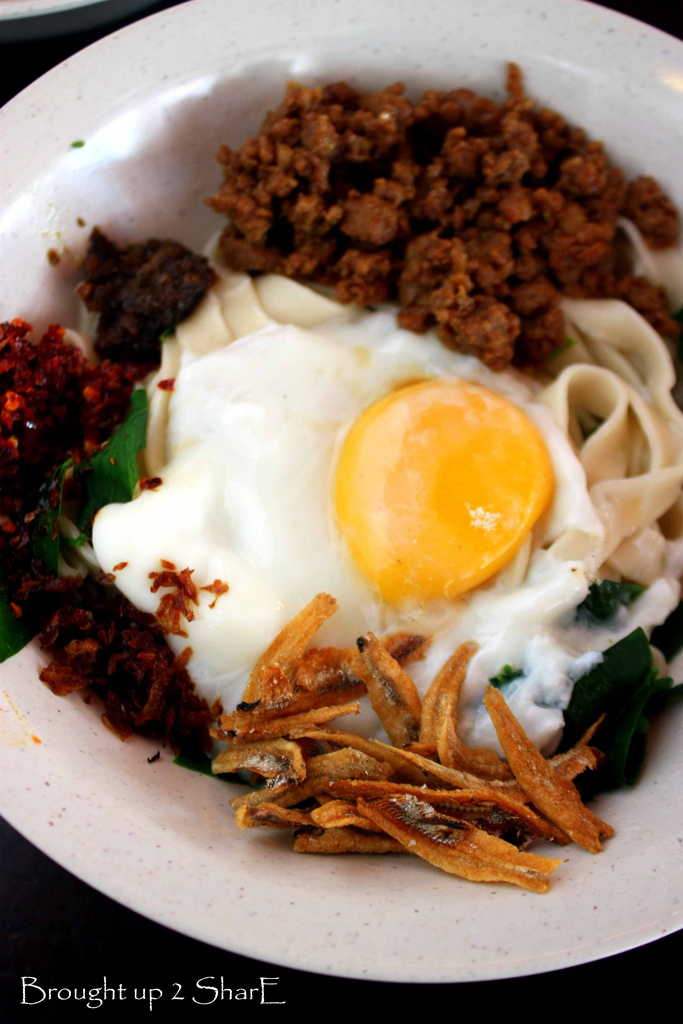 Ever since the encounter of the claimed ‘World Spiciest Pan Mee 天下第一辣’, we shunned ourselves from any Chili Pan Mee thereafter. The aftermath was just too strong to describe. Attempt only if you’re a HOT person. We’re not. haha.

Bathed with sweats, tongues got burned numbed.
Believing we will not be exhausted again with extreme spiciness, I had a sudden crave for chili pan mee again. Madam Chiam (Mei Yee) Pan Mee in Connaught crossed my mind but Chris suggested an alternative. Did I mentioned I haven’t venture around my area (Serdang) enough? Maybe it’s time to continue my belated arrangement of introducing more of Serdang and SK’s delicacies. There we went, settling down at JoJo Little Kitchen for a Chili Pan Mee mission (one of their recommended order)
Price: RM5.50
The noodles tend to ‘cluster up’. Well, blame the cameraman for taking time. hehe. Just kidding (later he don’t bring me go makan anymore)
Shower in some soup minimally, and mix ’em all up and that would be fine. Then you’ll get a nice reddish mixture of Chili Pan Mee! (you should compare the redness with the world’s spiciest ;P ) Verdict:
Very flavoursome, crunchy anchovies and with the ‘correct’ amount of spiciness this time. Minced pork was wee bit sweet, bringing out a different flavour compared to Madam Chiam’s. Well if you ask us, we still prefer Madam Chiam’s although it’s further and the portion’s smaller.
However, we would love to revisit for their other selections of pan mee.
Looks like they are famous for their Herbal Soup Pan Mee & Century Egg Dumpling. Perhaps next try.